After getting rained out earlier in the season, the Adams Girls Tennis team competed in the New Prairie Invitational. Saturday was cold and windy, but the Lady Eagles were successful in against the teams they faced off against.

In a unique format for tennis, singles players and doubles teams would face off in a bracket against teams throughout the area, rather than a head to head match up the Lady Eagles are used to. 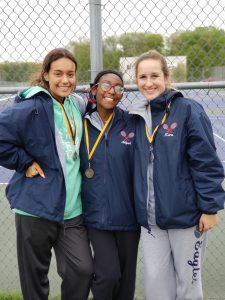 n the # 1 doubles bracket, Kara Kison & Lauren Miller made it to the championship match and ended up finishing as runner ups.

At #2 Singles, Adiyah Williams finished in third place in the bracket. 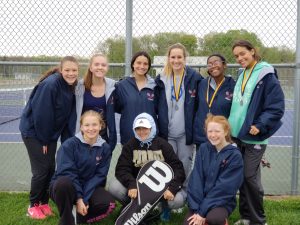 As a team, the Lady Eagles finished in second place, just behind champion Portage High School.