The Girls Tennis teams season came to an end on Wednesday evening at the IHSAA Sectional at Penn High School. Despite a strong showing from the Lady Eagles, Adams was defeated by Mishawaka Marian by a score of 1-4. 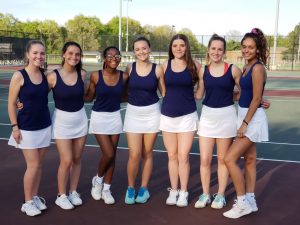 Amanda Abner was the only winner for Adams, playing at #3 Singles. Abner defeated her opponent in two sets 6-0, 6-1.

Number one doubles of Kara Kison and Lauren Miller battled throughout the evening and took it to three sets before they were eventually defeated, losing narrowly 6-4, 5-7, 6-7. 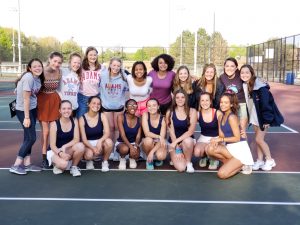 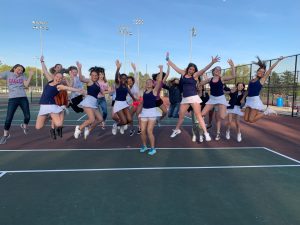