The 2019 Girls Golf Northern Indiana Conference All Conference Roster has been announced!

The John Adams Eagles were well represented on the roster this fall and are being recognized for their performances out on the course this fall. 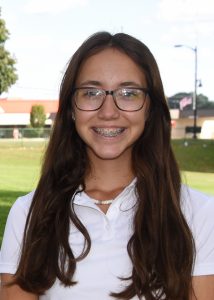 Unwin has had an impressive season this fall, finishing at or near the top in many of the teams matches. Unwin finished 5th overall at the Northern Indiana Conference Championship on September 14 and was 5th as well at the IHSAA Sectional on September 20. Unwin also qualified for the IHSAA Regional to be hosted on September 28. 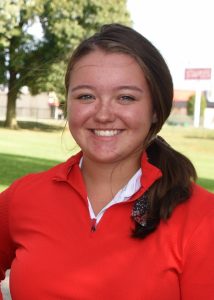 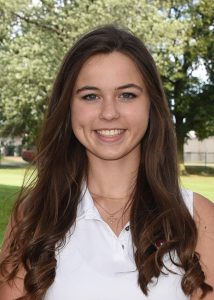 Brewer and Guzik, both Juniors have helped lead the young Adams team throughout the impressive run the Eagles have put up this year. Their leadership and experience will be valuable as the team looks for even more success next season.

This year, with three Student Athletes recognized on the All Conference roster is the most Girls Golfers that have received this honor in a single season.

As a team, Adams finished an impressive 3rd place overall in the NIC with a record of 10-2 in conference play. The Lady Eagles also finished 3rd at the Northern Indiana Conference Tournament on September 14 with a team score of 387.

The third place finish in the NIC is the highest ever recorded by a John Adams Girls Golf team! 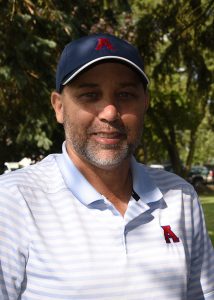 In addition to the team’s efforts on the course, Adams Head Coach Andy Kern was named the 2019 Northern Indiana Conference Coach of the Year. Coach Kern’s leadership and care for his student athletes has allowed the team members to improve on the golf course and in the classroom as well.

Coach Kern is the first John Adams coach to receive the NIC Coach of the Year in Girls Golf!