The weather was near perfect for the start of the race for the Adams Girls Cross Country team at the Northern Indiana Conference Championship Meet on Saturday at Oxbow Park. With cool temperatures and the sun shining, it was a great early October day for a cross country race. This proved true for the Lady Eagles, with many of them finishing with either season or career personal bests, bringing down the times from the start of the season.

As a team, Adams finished in 6th place in the NIC with a team score of 165. The Championship Race determines the final standings for the season in cross country in the conference. 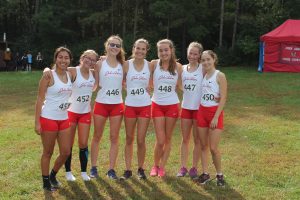 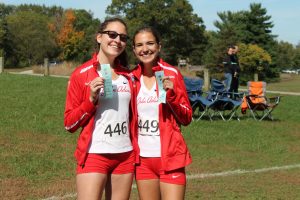 The Junior Varsity race was a bit different in that the NIC and the Northern Lakes Conference, which run their championship race the same day, were combined into one race. Out of all the teams in both conferences, Adams finished in 11th place with a score of 309.

The Eagles will begin the IHSAA Tournament next week when they run in the Sectional Meet at Erskine Park Golf Course on Saturday.