Tickets will cost $5.00 per night. All spectators should enter through Door #6 located off of Mishawaka Avenue. Concessions will also be available.

A schedule for the tournament is as follows: 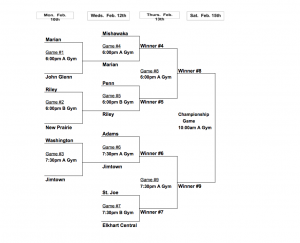