For the third time in three years, Lindsay Gizzi qualified for the IHSAA Diving State Finals.

This season however, Gizzi was determined to improve, falling just short last season with a 10th place finish. This year, Gizzi came out prepared and proved that she belonged on the podium as one of the state’s best. Through the preliminaries, Gizzi was in 5th on the leaderboard after the initial 5 dives. With three more dives in the semifinals, Gizzi stood with a score of 342.05 which moved her up to 3rd place, qualifying her for the finals. All 11 of Gizzi’s dives were some of her best all season, including the three dives that were performed in the finals. 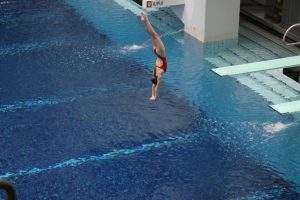 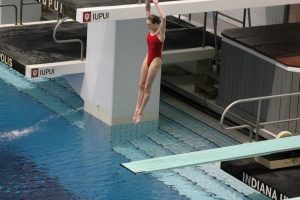 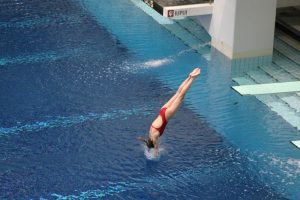 Gizzi finished the day with a score of 482.20 which was good to take her to the podium and a 4th place finish overall. 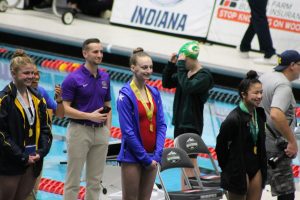 Gizzi’s 4th place finish was the highest ever for a John Adams Girl swimmer or diver in the IHSAA State Finals. Her medal is the sixth overall won by John Adams in the Girls State Finals.

Congratulations on a great finish and a great season Lindsay!