John Adams Student Athlete Tania Gonzalez has signed her letter of intent to swim next season with Bethel University in Mishawaka, IN.

Tania has been a member of the Girls Swimming and Diving team all four years of her career at John Adams. Tania was also a member of the Cross Country team for several seasons as well.

Tania will enroll at Bethel this fall where she plans on pursuing a degree in Business Management. Tania chose to attend Bethel University because she wanted a school where she could continue her studies while maintaining her faith as a priority as well.

While at John Adams, Tania has been involved in several activities both in and out of school. Tania has been the recipient of the teams Sportsmanship Award in past seasons and is also a member of the John Adams National Honors Society. Outside of school she is heavily involved in her church’s Infant Ministry. 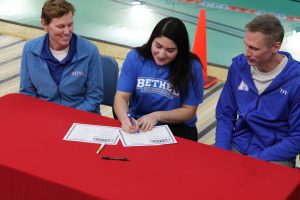 Joining Tania at her signing was her mother Nira Hernandez and sister Nadia Columbus as well as several teammates, coaches, and friends showing their support.

Tania would like to thank her coaches and teammates for their encouragement and support through her high school swim career. She also sends a special thanks to her mother who has been her motivation and support during her four years at John Adams, whether it’s academically or athletically. 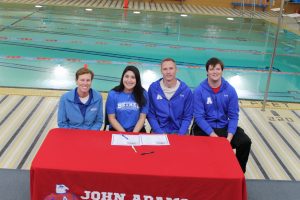 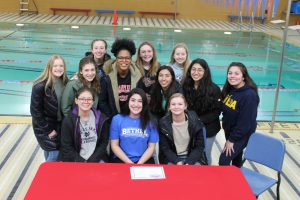 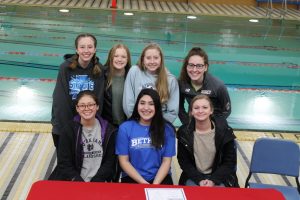 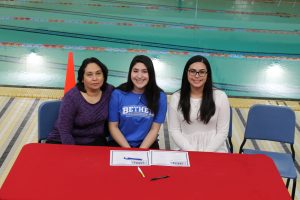