The Boys Tennis team took to the road on Wednesday evening for their second Northern Indiana Conference matchup in as many days.

Despite some tough played matches, the Eagles fell just short of the host Lions with a team score of 2-3. 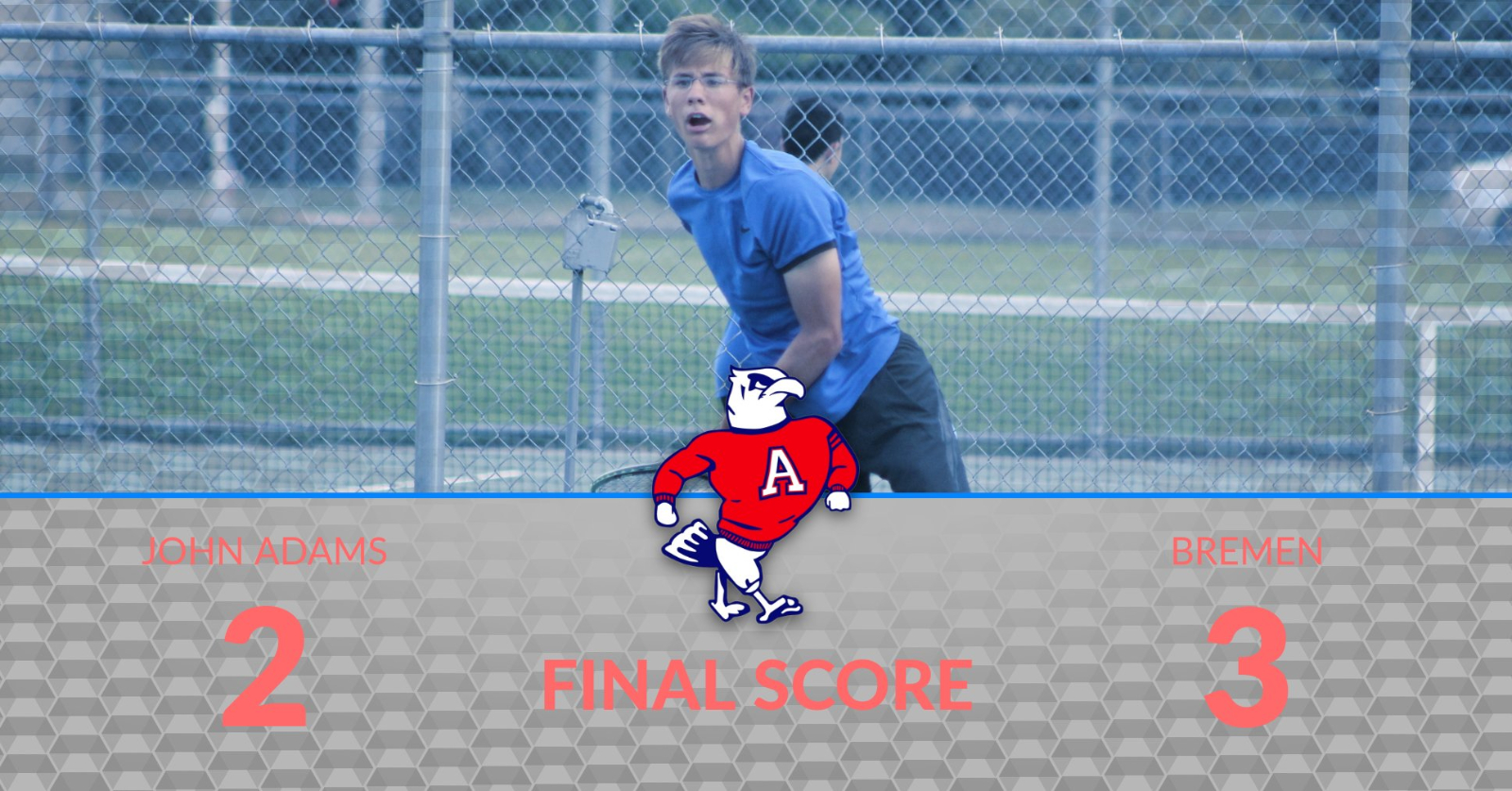 The two wins for Adams came from #1 Singles Ben Guerrero and #2 Singles Marty Stoner. Guerrero won his first set 6-0 and had to fight off a comeback in the second set, but ultimately prevailed with a score of 7-6. Stoner easily won in two sets 6-1, 6-3.

In doubles action, #1 Doubles Jacob Lutz and Vian Mariani fought hard and battled it out in both sets, but ultimately came up short in both, losing the first set 5-7, and the second set 4-6. Forest Wallace and Duncan Thompson at #2 Doubles fell 0-6, 1-6.

The Junior Varsity team was able to come back home with a victory, winning with a team score of 4-3. Sam Berbitsky and Dareion Stineman won their singles matches while the doubles teams of Jonah Gezelter/Sam Troxel and David Nagy/Walt Fickett won their respective matches.