The Boys Tennis team swept their opponent on Monday evening, easily defeating in town rival SB Riley with a team score of 5-0. 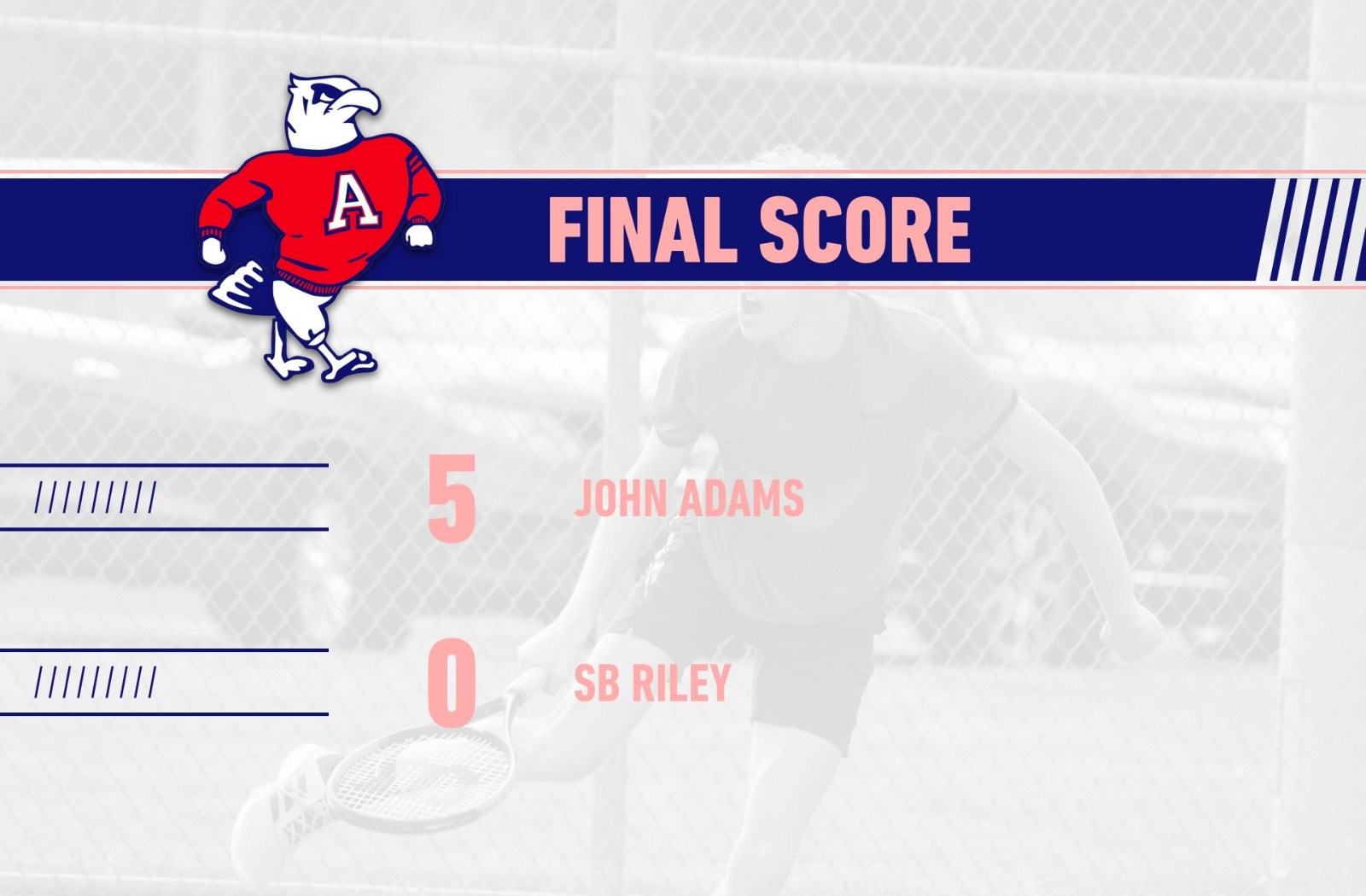 Jacob Lutz and Viam Mariani won at #1 Doubles, winning 6-0 in the first set and surviving the brief comeback by RIley in the second set 6-4. At #2 Doubles, Duncan Thompson and Forest Wallace easily won 6-0, 6-0.

Adams will be back in action on Tuesday when they travel to Penn.