It was an exciting evening of tennis for the Boys Tennis team on Wednesday night. It was also a night for the Singles players to shine as the Eagles fought together to defeat non conference opponent Plymouth. Adams defeated the Pilgrims 3-2 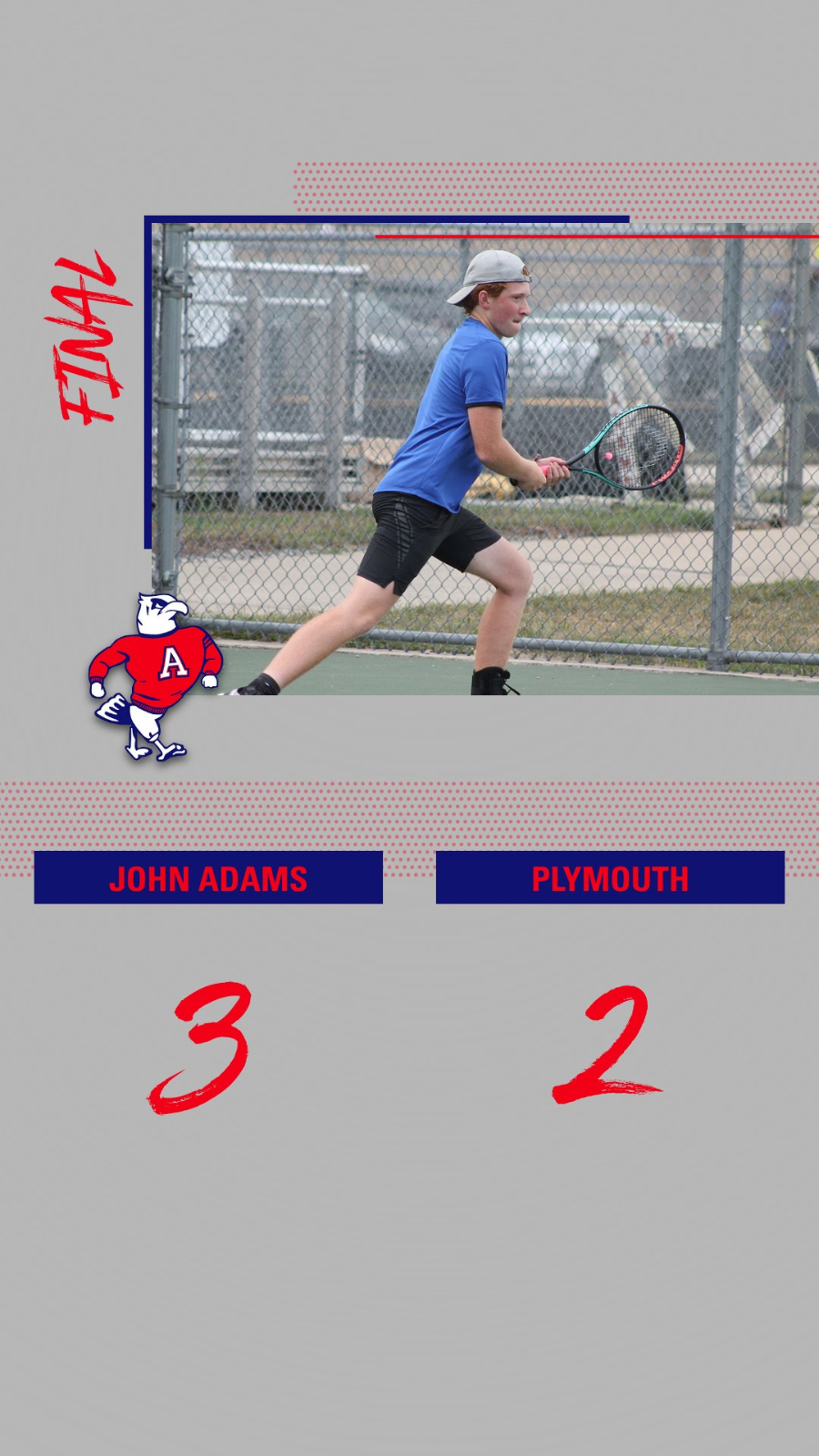 Playing at #1 Singles and #2 Singles, Ben Guerrero and Marty Stoner both walked off the courts winners in their respective matches. Guerrero won in two sets 6-0, 6-1. Stoner battled hard to win in two sets 6-2, 6-0.

In doubles actions, both Eagles doubles teams lost their matches. At 31 Doubles, Vian Mariani and Jacob Lutz fell in two sets 4-6, 1-6. Duncan Thompson and Forest Wallace at #2 Doubles forced the match into three sets. The duo was competitive against their Plymouth opponent throughout all three sets. Thompson and Wallace won the first set 7-6 and lost narrowly in the second set 6-7, forcing the all deciding third set. The Eagles lost the set 3-6.

The deciding match for the night was played by #3 Singles player Michel Mazurek, and the excitement on the court was able to be finished under the lights, with both teams and the crowd abuzz. It took a very close three sets to decide the eventual winner for the night. Marurek got off to a quick start, winning the first set 6-2. The second set was much more close, with Mazurek falling with a set score of 6-7. The all deciding third set was a battle back and forth, but it was Mazurek who came out the victor, securing the win for Adams with a set score of 6-4.

Adams will ride the victory through the weekend until they host Elkhart on Tuesday afternoon.

The Junior Varsity Eagles also won , defeating Plymouth with a team score of 5-2.