It was a match that came down to the wire on Tuesday evening for the Adams Boys Tennis team, but it was the Eagles who were able to come out victorious in the end, defeating Northern Indiana Conference opponent Elkhart with a score of 3-2. 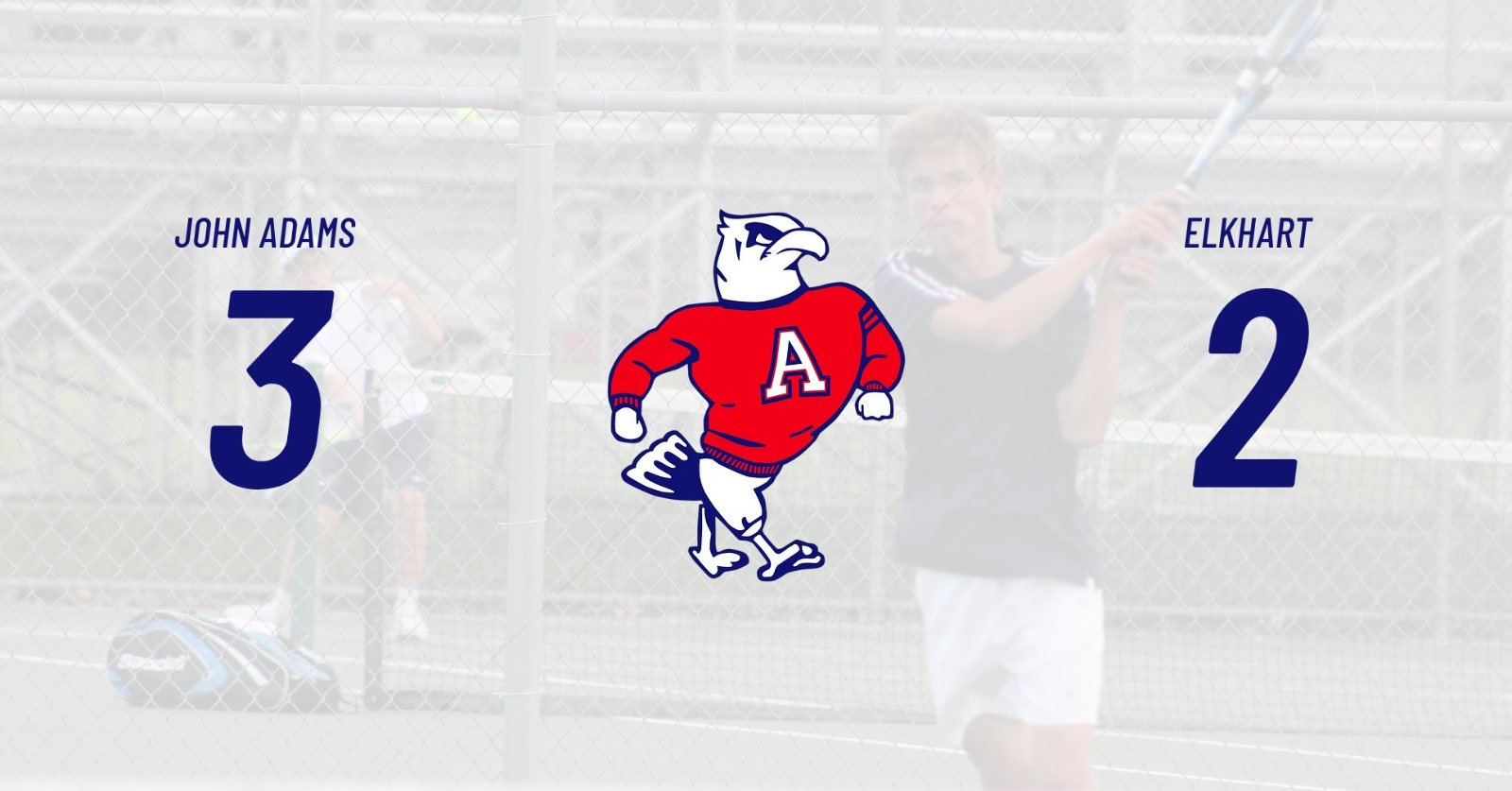 Number 1 and 2 Singles players Ben Guerrero and Marty Stoner got the night off rolling in the right direction for the Eagles with each earning a win in two sets. Guerrero won 6-2, 6-0 while Stoner won 6-3, 6-1.

The match that would secure the win for Adams was a back and forth effort of the #2 Doubles duo of Jacob Lutz and Duncan Thompson. Lutz and Thompson fell in the first set by a narrow margin of 4-6 but would not dig themselves into a hole that they could not dig out of. The duo fought back in the second set winning 6-4 and then got the win in the third set winning 1-0 (7-0).

The Junior Varsity Eagles fell to the Lions with a score of 0-7.

Adams will play again in NIC action on Wednesday when they host Mishawaka Marian.