It was a new format and a new race, but the setting was the same for the Boys Cross Country team on Saturday morning when they took part in the inaugural Minutemen Classic at Oxbow Park. The race replaces the County Clash, which was retired after last year’s meet.

The weather was near perfect for a race for the Eagles, which ended up finishing in 8th place overall in the very competitive race between some of the top teams in the area. The Eagles fared well with the competition finishing with a score of 197.

Much like they have done for the past several meets this season, Will Neubauer and Dylan Hockx led the way for Adams. Neubauer ran a good race, keeping within striking distance of the lead pack that broke away from the rest of the racers. Neubauer ran a time of 16:41 which earned him a 4th place finish in the very competitive race. Hockx was next for Adams finishing in 10th place overall in a time of 17:13. 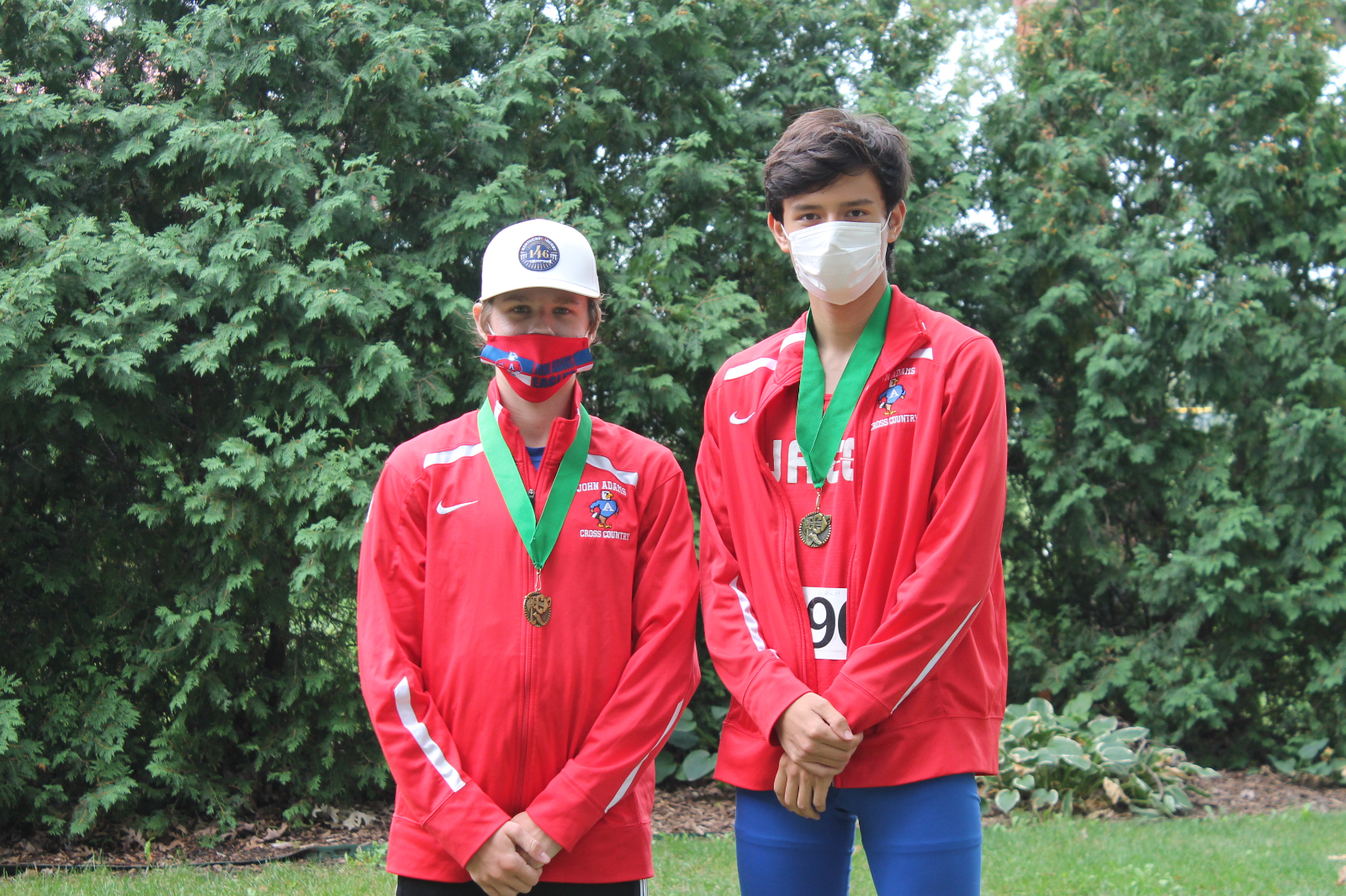 The Eagles will complete again next week when they run at the New Prairie Invitational.