Saturday was a day full of action for the Adams Volleyball team. The Lady Eagles had the opportunity to play in the Chesterton Invitational, and when all was said and done for the day. Adams finished 2-2 in a very competitive day of ball.

Adams got the day started taking on Michigan City Marquette. The Eagles and Blazers played in a competitive match, fighting hard for the overall win. Adams fell in the first set 17-25 but that would not deter Adams. The Eagles came back to dominate the second set and won 25-19. Adams would fall in the third set to Marquette 4-25.

Megan Kroll had 3 aces against the Blazers, Claire Scheffler had 8 kills, Sophia Salas had an impressive 17 digs, and Brooke Rohr ended with 9 digs.

Up next for Adams was Kokomo. Adams and the Lady Cats battled hard but Adams fell in two sets 18-25, and narrowly fell in the final set 24-25. Sophia Salas had 13 more digs for the day adding to her stats and Claire Scheffler added 10 more digs and 3 aces. Secilia Scheffler also had 3 blocks.

The final two games were both wins for the Eagles. Adams rolled past SB Clay in the third match of the day. Adams won 25-10 and 25-12 over the Colonials. Secilia Scheffler, Sophia Salas, and Sanae Jennings all had 2 aces each.

TO wrap the day up, Adams took on SB Washington and had an easy victory over the Lady Panthers. Megan Kroll ended the day with 4 aces.

Recognizing her outstanding effort and play, Secilia Scheffler was named to the Chesterton Invitational All Tournament team by the coaches and organizers. 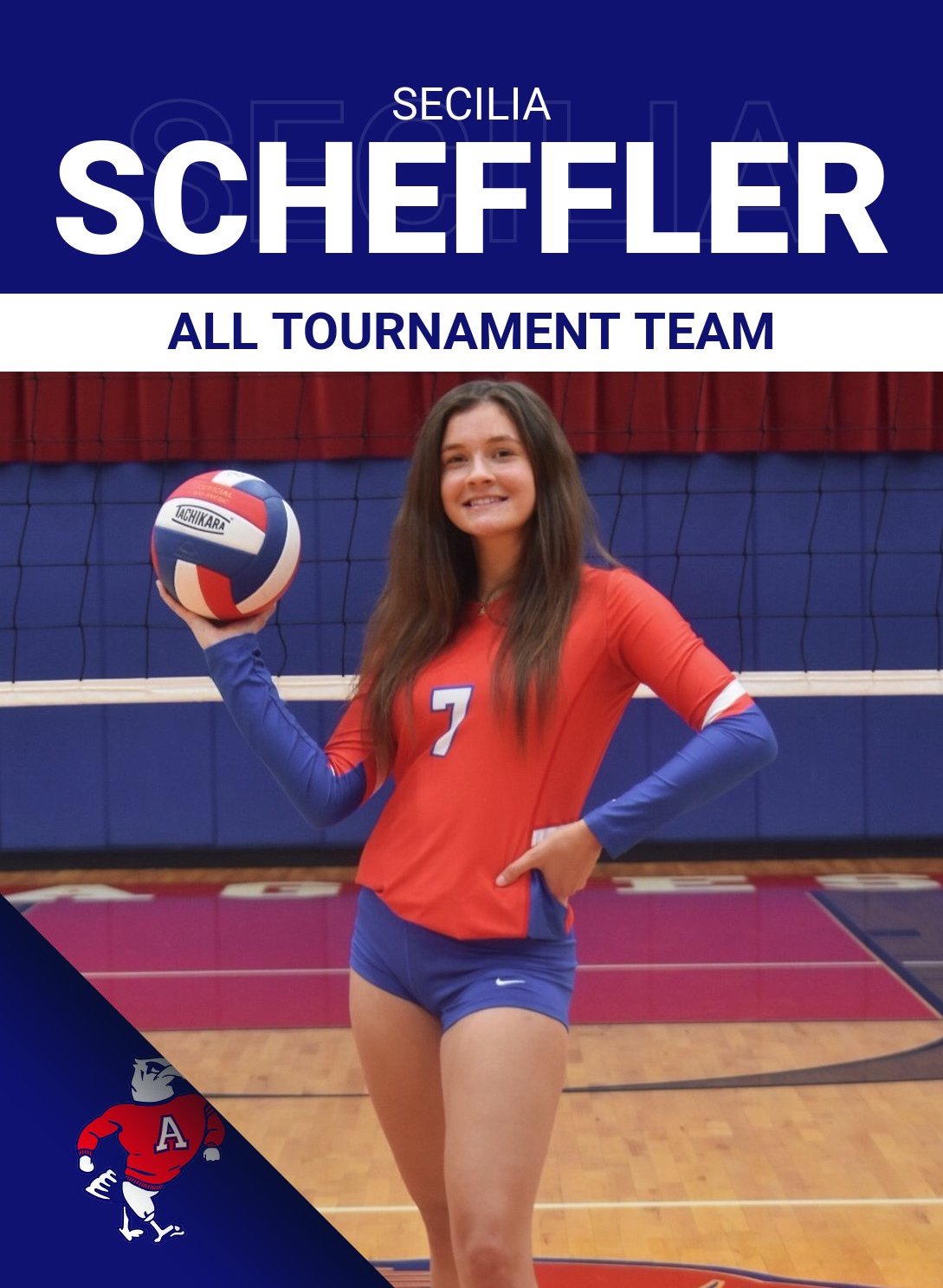