It was an exciting first half of soccer on Tuesday night for the Girls Soccer team as they took on the Elkhart Lions in Elkhart. 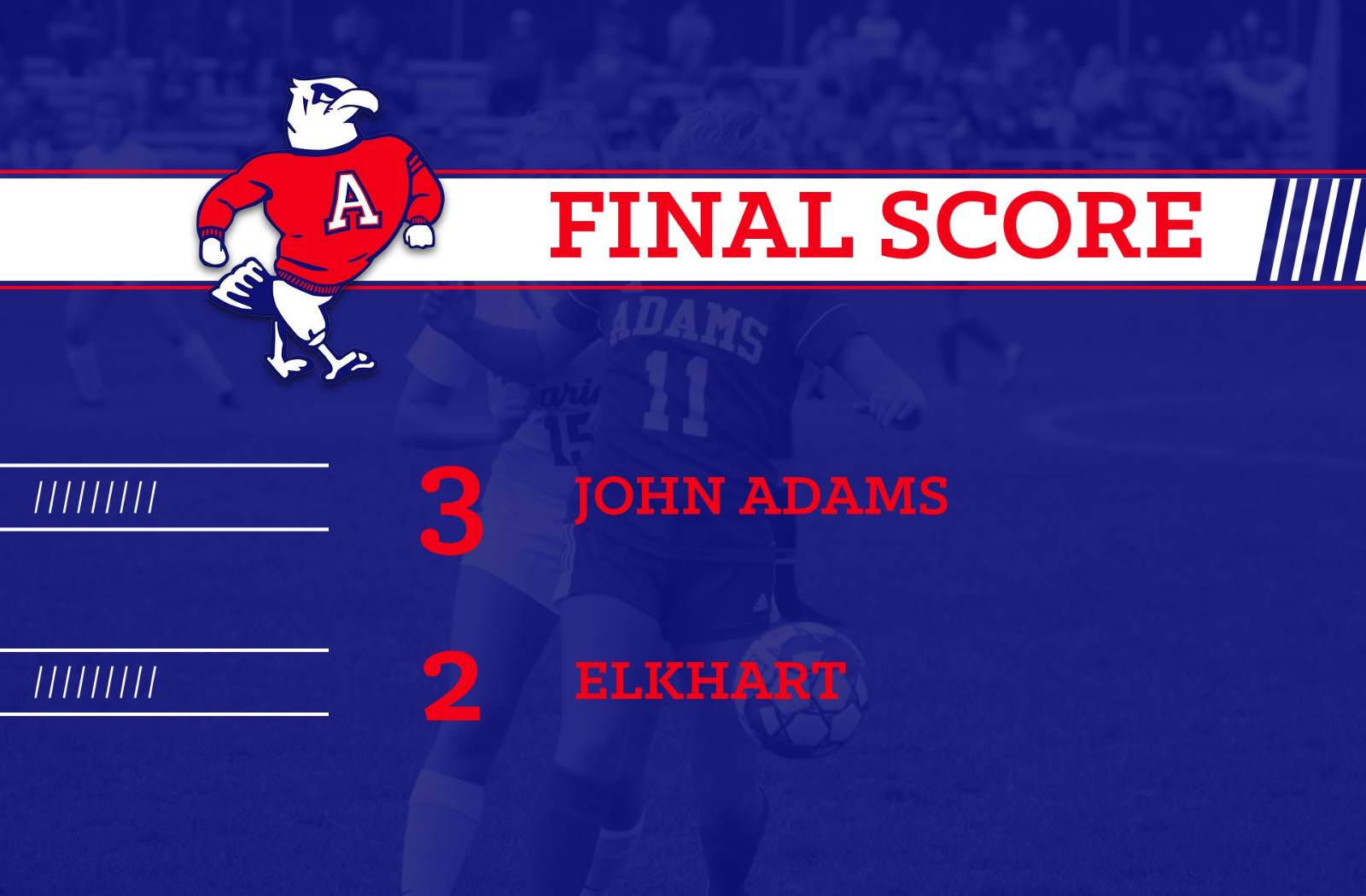 All the scoring was done by both teams in the first half of play and Adams would hold on to the lead that they built up to eventually win the game with a final score of 3-2.

It did not take long for the Lady Eagles to get on the board. In just the 5th minute of the game, Emilie Vereb scored, putting the Eagles up early. Anna Borkowski was credited with the assist. Just a few minutes later, Adams kept the pressure up, breaking through to score again. This time in the 10th minute it was Borkowski with the goal off of the assist from Vereb. In the 30th minute, Adams opened up the gap on the Lions again, with a goal coming from Lois Carr. Veronica Karban had the assist for Carr’s goal.

While Elkhart scored two very quick goals in the next two minutes, Adams did not panic, as the defense held strong and throughout the second half, both teams were unable to score on each other.

Adams held the lead to take the victory.

The Lady Eagles will play again o nThursday when they resume a suspended game from last week against Mishawaka Marian.