While the weather was cold and rainy outside of the gym at John Adams HS, the action was hot inside as the Volleyball team played their final home game of the season on Thursday night. Adams took on SB Washington in Northern Indiana Conference play. 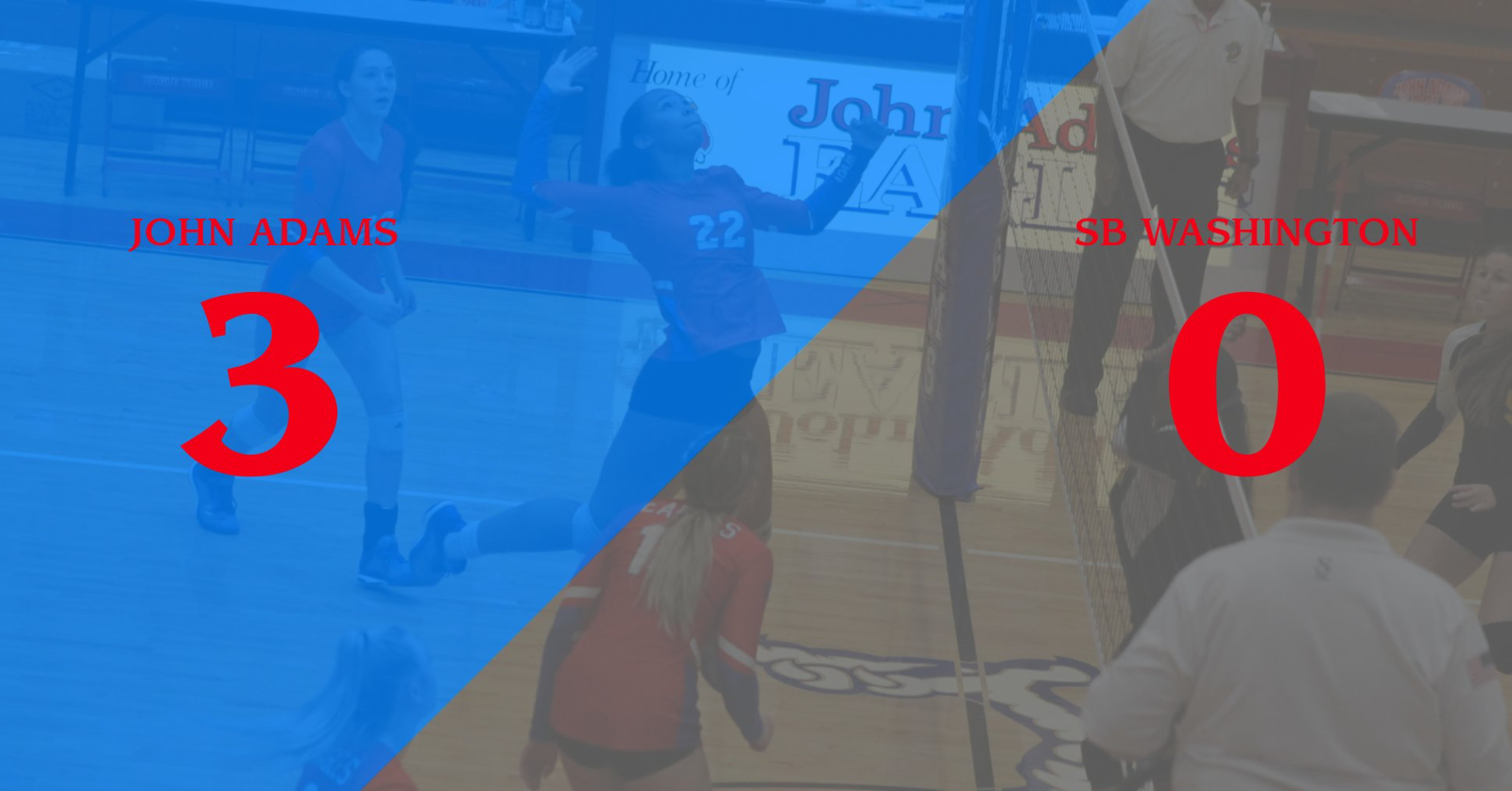 The Eagles got out to a quick start on the Panthers, building a lead in the first set to get the win 25-6. In the second set, playing well despite a few errors, Adams found their groove and built up a lead once again, winning 25-15. Adams sealed the match in the third set, winning 25-10 to get the victory for the final time at home.

Adams will have one more regular season matchup next Tuesday at Bremen HS in NIC action.