The Boys Soccer closed out the regular season on Saturday morning, hosting Trinity School at Greenlawn at Tallman Beyrer Field. It was a great finish to the regular season as the Eagles offense was on fire and Adams defeated Trinity with a score of 9-0. 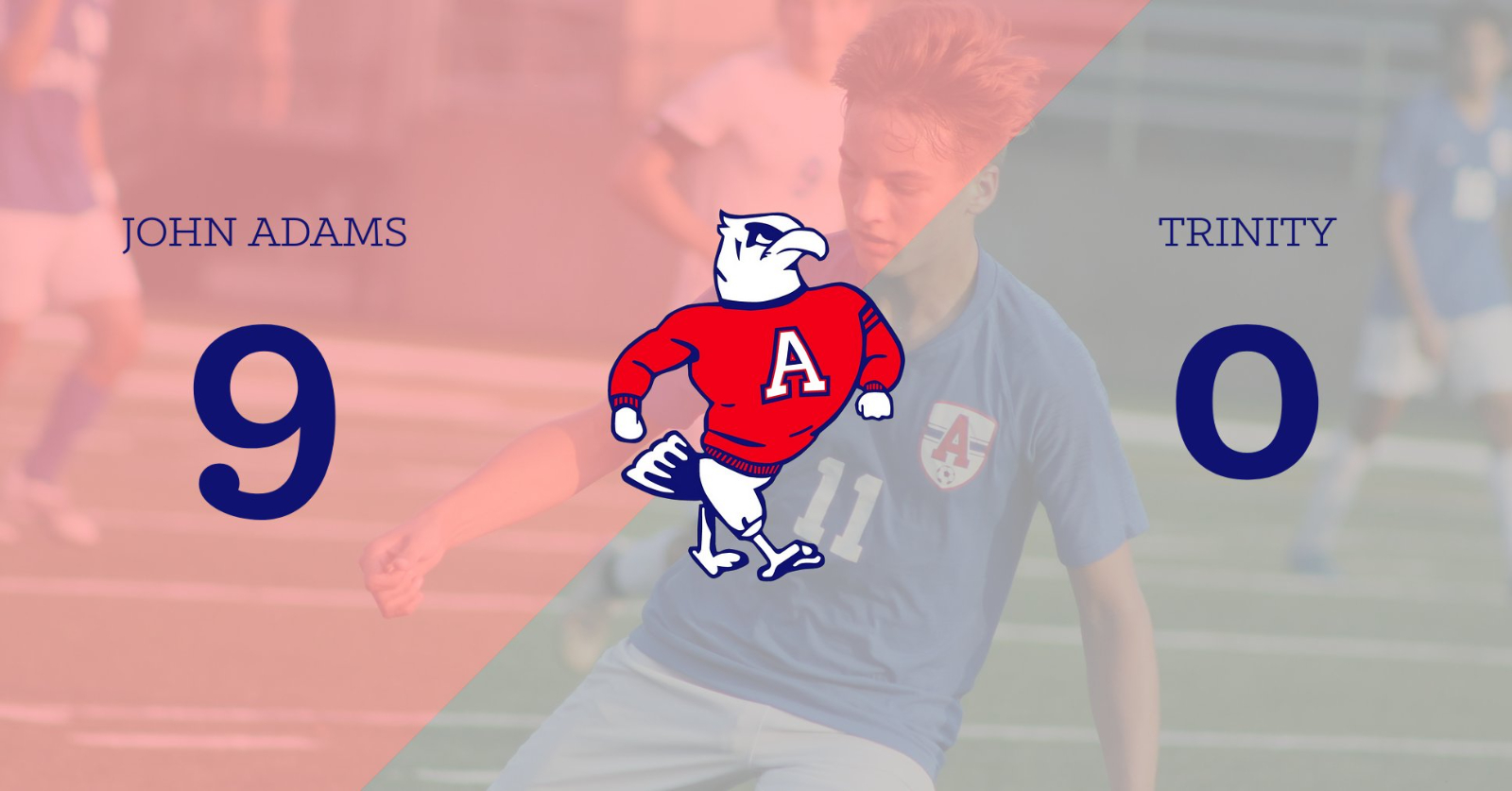 Both the Adams offense and defense was on point as the Eagles soared in the shutout victory.

Enzo Gizzi was the leading scorer for Adams, finding the back of the net 4 times for Adams, breaking through and dominating the Trinity defense. Roberto Moreira had 2 goals for Adams, and Ethan Mihut, Conor McKenna, and Andy Arroyo each had 1 goal in the game.

Moreira had 2 assists in the game as did Sebastian Pirela. Mihut, Fabian Velazquez, and Michael Bellina each had 1 assist each.

Adams looks to take that momentum into the opening round of the Sectional when they play next, taking on LaPorte on Monday afternoon at Jackson Field.