The quest for the Boys Soccer team to defend their Sectional Championship began on Monday night. Adams opened up the SB Riley Sectional taking on LaPorte at Jackson Field. This was the second time that the Eagles and the Slicers faced off against each other this season.

From the start to the end of the game on the perfect fall evening, the Eagles played a solid game. Adams would end up winning 3-0. 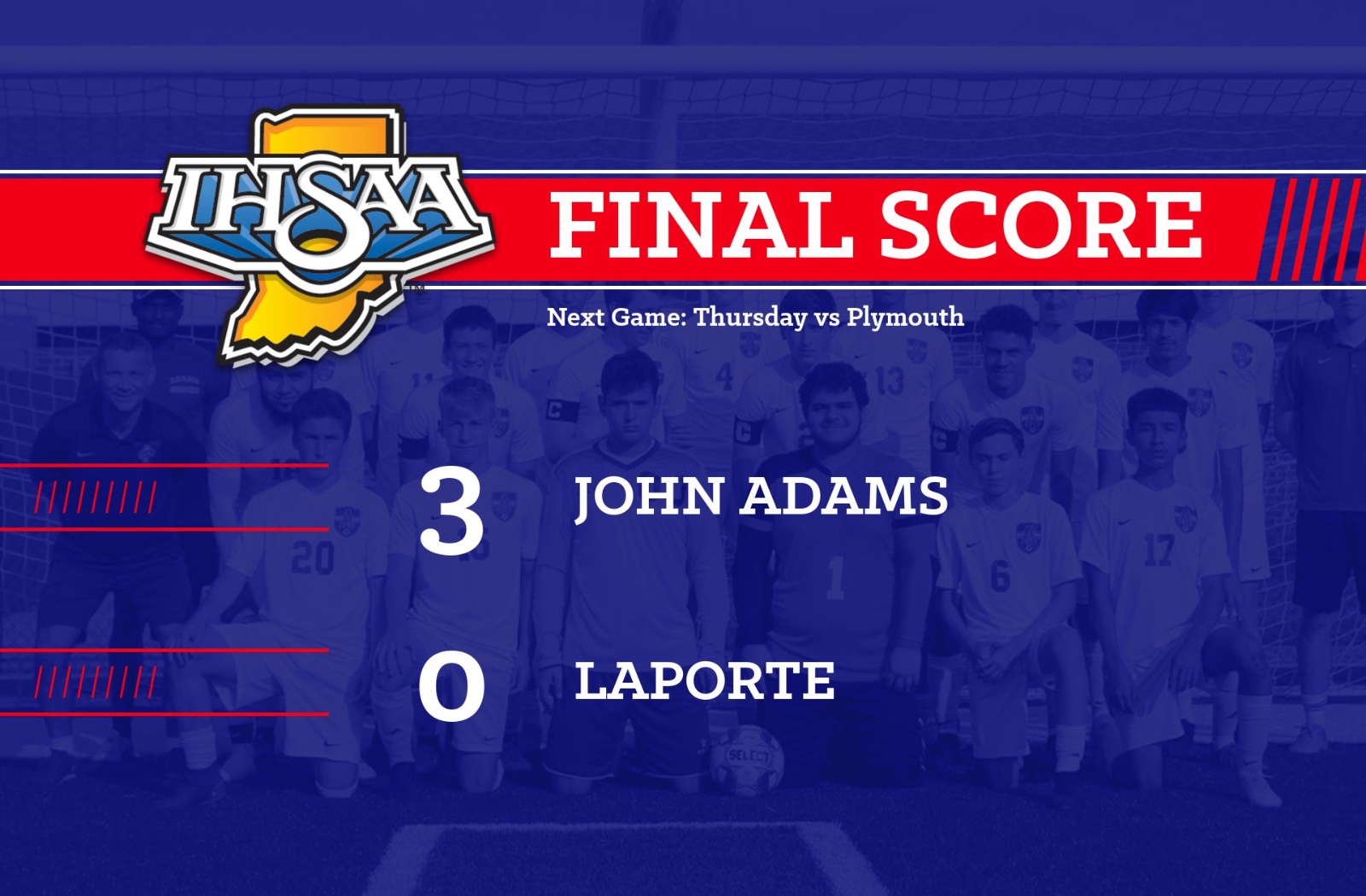 Connor McKenna played havoc on the LaPorte defense all night, creating multiple opportunities for his teammates to run into and put pressure on the Slicer goal. Enzo Gizzi, Andy Arroyo, Michael Bellina, and Ethan Mihut all took advantage of the opportunities created by McKenna.

Gizzi scored twice for Adams, putting the Eagles up on the Slicers, helping to lead the charge to advance in the tournament. Sebastian Piralla and Bellina each were credited with assists to Gizzi’s goals. Bellina also scored with a near perfect left footed kick from an assist from Mihut.

The Eagles outshot Laporte 18-2 on goal. The Adams defense held strong and did not allow any goals.

Adams will move on to play Plymouth on Wednesday in the semifinals at 5:00 PM at Jackson Field.