The end of the regular season ended on a high note for the Eagles Volleyball team on Tuesday night. Adams traveled to Bremen to end the season and play in the Northern Indiana Conference for the 20202 season,

It was a well played match between both the Eagles and the Lions. The two teams were close throughout the night, but it was Adams who came out victorious, winning in straight sets 3-0. 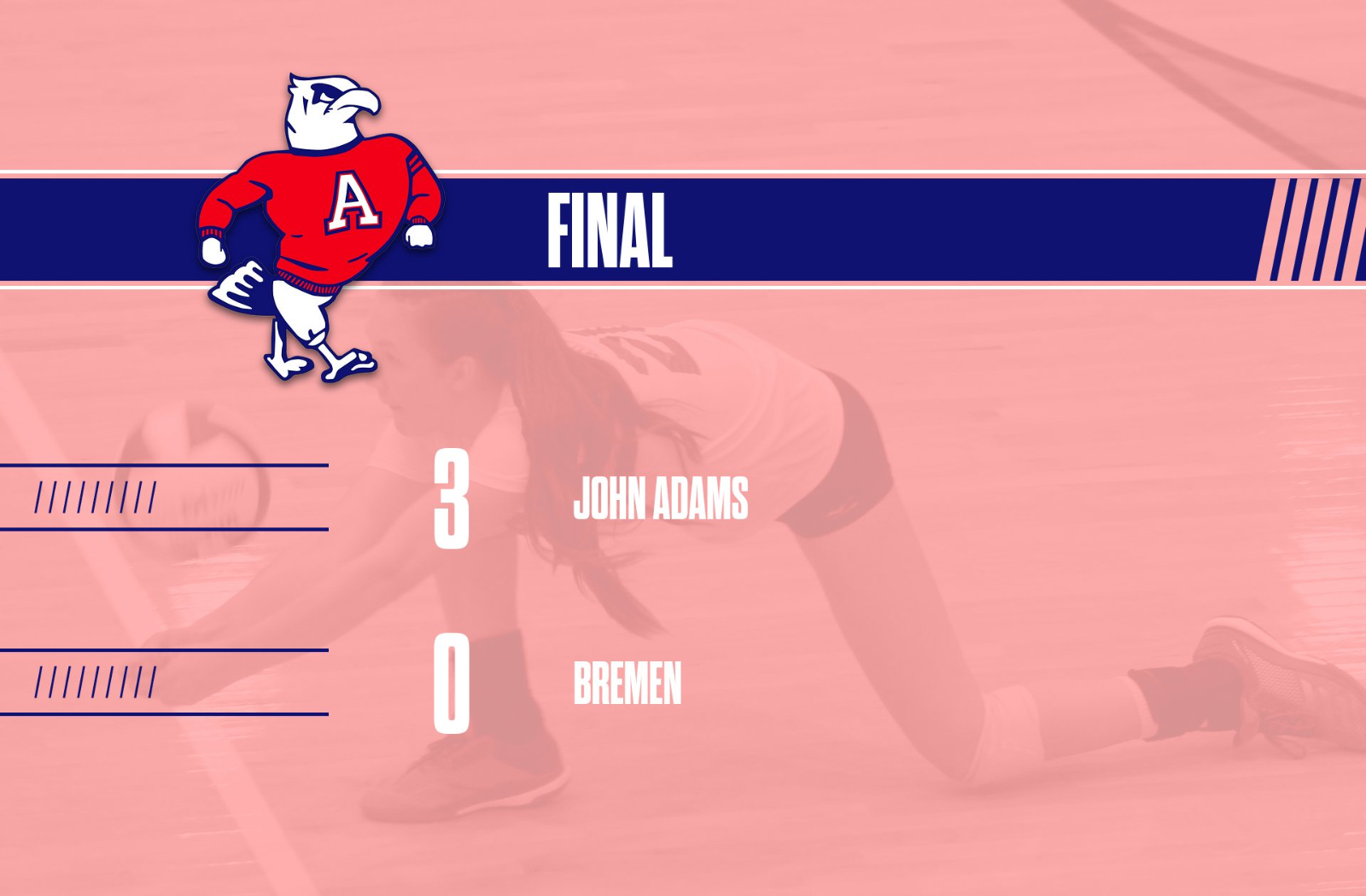 Adams opened up the first set with a close victory, winning 25-23. The gap was bigger in the second set. The Eagles won 25-18. In the third set, Adams and Bremen battled it out, and the Eagles won the close set with a final score of 28-26.

Amya Shuppert had 5 blocks and 8 kills in the match for Adams. Claire Scheffler had 6 aces, and Megan Kroll ended the night with 23 assists.

Adams closes the regular season with a record of 10-18 overall and 4-7 in the Northern Indiana Conference.