Thursday evening it was all Adams in the opening round of the IHSAA Sectional for the Girls Soccer team. The Lady Eagles took on the SB Riley Wildcats in the semifinals of the Sectional played at TCU School Field. Adams defeated the Lady Wildcats 9-0 to earn a spot in the Sectional Championship game on Saturday. 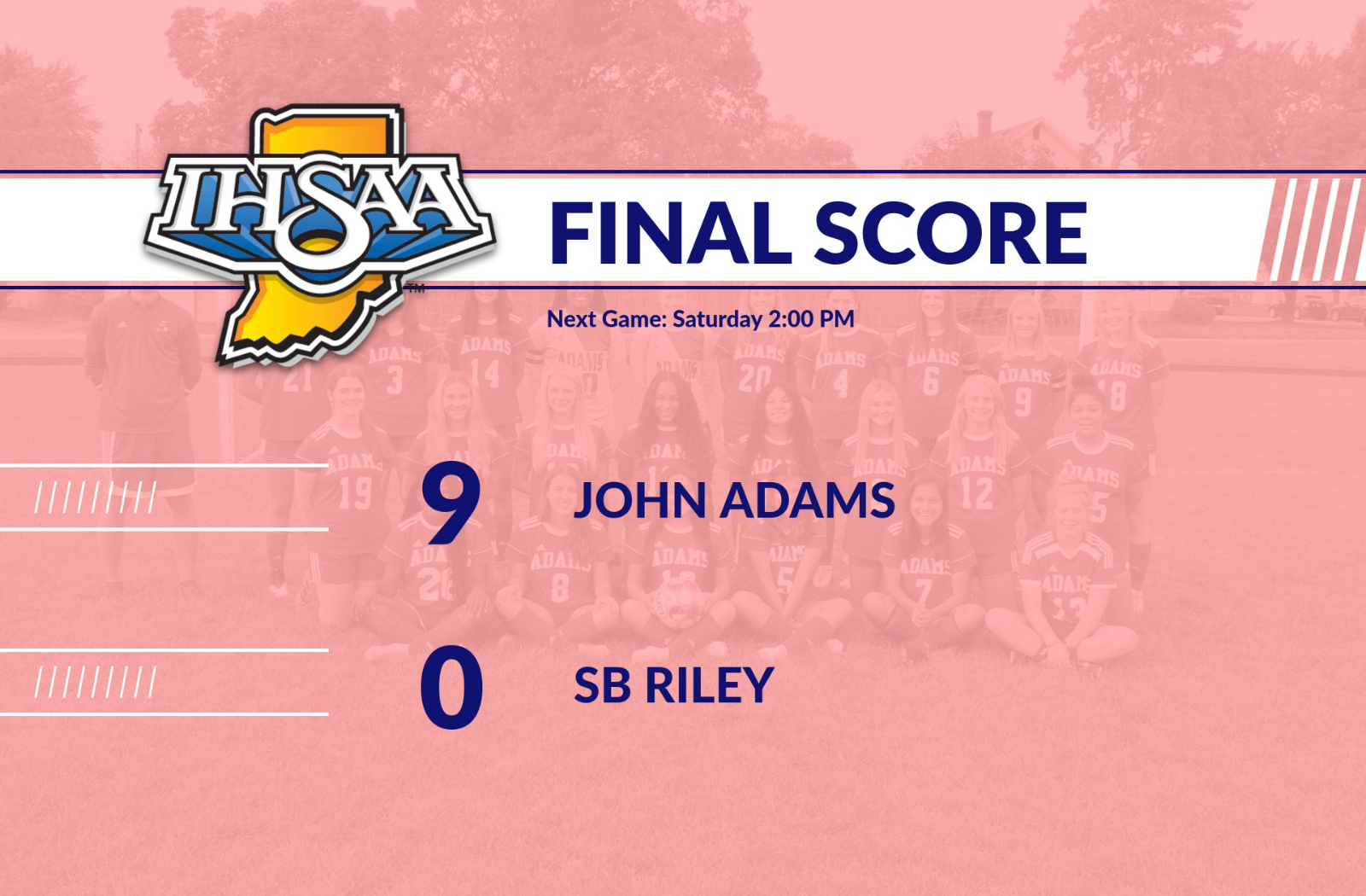 It did not take the Eagles long to get on the scoreboard. In the 4th minute, Carla Hernandez scored the first of Adams’ goals. Paige Urbanski was credited with the assist. At 16 minutes, Emilie Vereb scored again for Adams. Nyah Smith had a pair of quick goals for the Lady Eagles. Smith scored in the 18th minute on an assist from Lois Carr and again in the 20th minute of play off an assist from Anna Borkowski. Vereb would score again in the 21st minute. Adams would close out the first half strong with three more goals. Veronica Karban scored in the 29th minute with another assist coming from Carr. Leia Lawwill had two unassisted goals in the 32nd and 36th minute.

Adams would cruise throughout the second half until they scored their final goal in the 62nd minute, coming off of Elizabeth Ariza.

The Eagles defense stood strong the entire game, with no threat of shots on goal anytime throughout the game.

Adams will advance to the Sectional Championship game on Saturday at 2:00 PM at TCU School Field. Adams will take on SB St Joseph, a rematch of last year’s Sectional final.