The weather was perfect for the John Adams Eagles on Friday night for both Homecoming festivities and a football game. It was the first ever meeting between Adams and the Jimtown Jimmies and it took the entirety of the exciting and thrilling game to crown a winner on the field.

On the first possession of the night for Adams, Jeremiah Love broke through the Jimtown line and ran up the middle of the field for a 63 yard touchdown to put Adams up first in the game. Adams would score only those 6 points for the rest of the game until the fourth quarter.

That when both the defense and the offense clicked on the field. Trailing 6-9 with 5 seconds left in the third quarter, Adams picked off a Jimtown pass, about to change the entire momentum of the game. Starting at midfield, at the beginning of the fourth quarter, it took four plays on runs of 30, 10, 6, and 4 yards all from Sydney Jefferies for Adams to score and regain the lead. In the following possession, Jimtown marched down the field, eating up the clock to once again take the lead. It was not over for Adams however. With five minutes remaining, it was enough to make a statement. Adams wasted no time especially with the homecoming King Chuck Worsham getting the ball and running down the line for a 68 yard touchdown to put Adams up once again. The Eagles defense stood strong in the next possession and once again, Jimtown was picked off, this time by Worsham and with three minutes left, Adams was in the driver’s seat. Adams would score on a 9 yard run from Demond Holloway. Adams would go for the 2 point conversion and was successful on the run from Jefferies.

Adams would hold on to that lead with the remaining 3 minutes ticking off the clock for a 28-16 Adams victory. 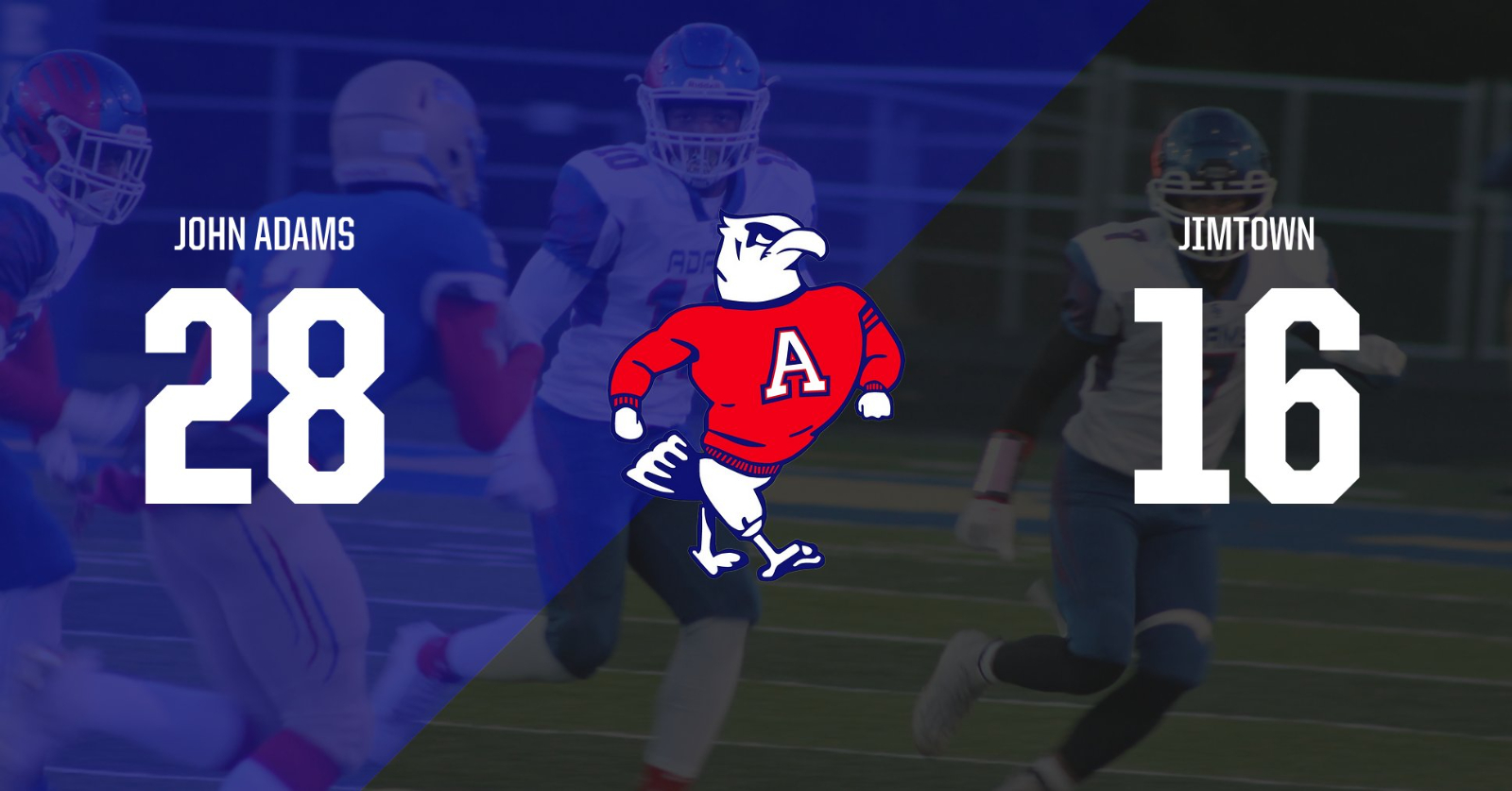 Worsham finished with 97 rushing yards, Jefferies had 112 yards rushing and the entire Adams offense had all of their yards gained on the ground at 323 yards.

The Eagles will close out the regular season next week at home against the Penn Kingsmen.