The Girls Basketball team was finally able to host their first home game of the season on Tuesday night. It was a big night for the Lady Eagles, celebrating Senior Night and taking on cross town rival SB Riley.

It was a great night to send seniors Whitney Marshall, Samaya Sigur, Makiah McCain, Laila Williams, Sydney Conway, and Breona Winston out with a win. 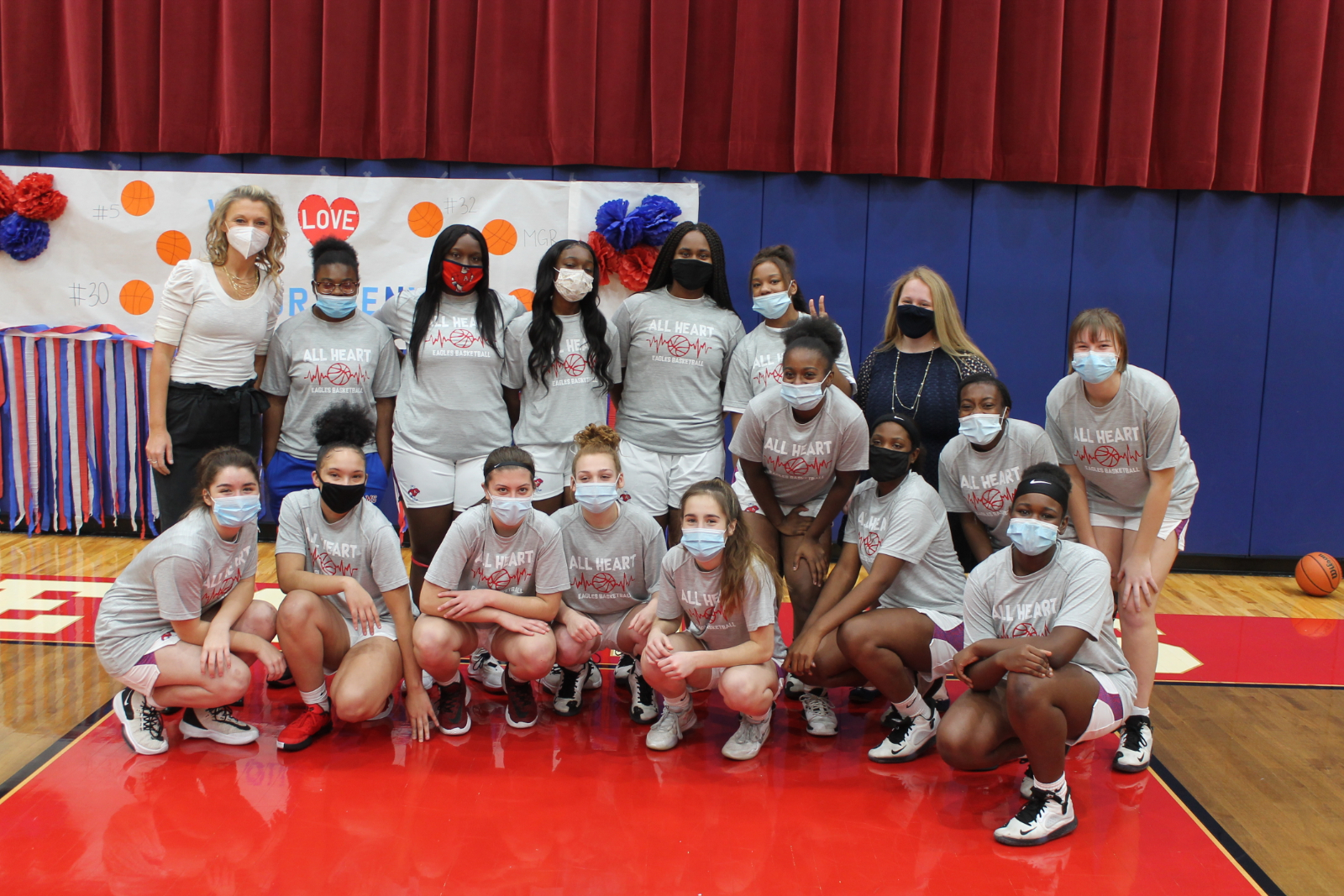 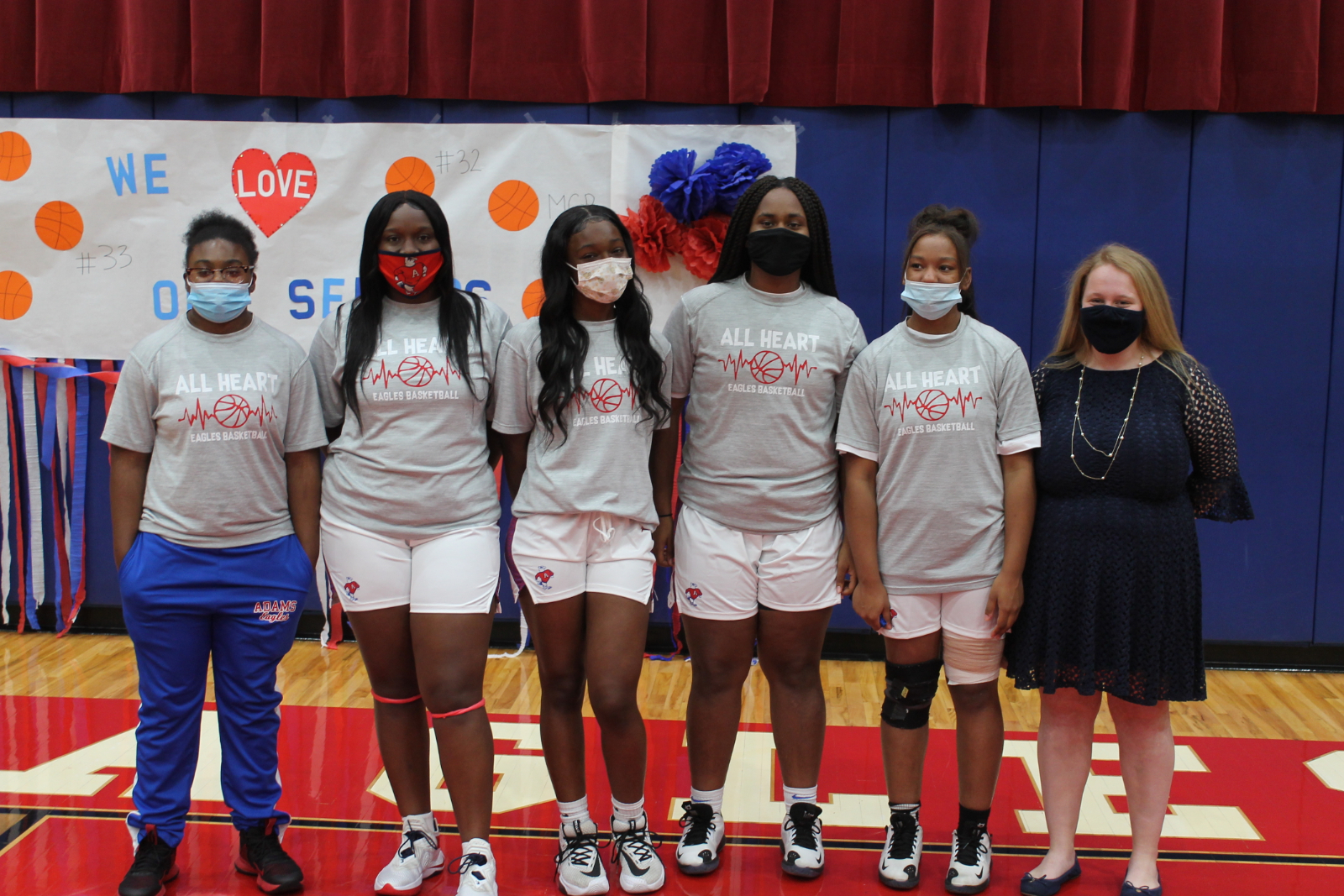 Adams was victorious over the Lady Wildcats 59-35.

While Adams may have fallen behind after the end of the first quarter, the Eagles made the adjustments necessary to put Riley away early. After trailing 11-13 after one quarter, Adams would outscore Riley in each of the remaining quarters, and shut down Riley with a strong defense. After halftime, Adams outscored Riley 34-16.

Marissa Shelton was the leading scorer in the game with 23 points. Shelton hit 5 three point shots in her scoring drive through the game. Makiah McCain ended up with 10 points, including 2 big three point shots. Lazia Walker made 9 points, Laila Williams had 5 points. Whitney Marshall made 4 points, Jayne Kelly had 3 points.and Va’liyah Grundy and Mikayla Crumbley both had 2 points each.

The win was the first for Adams on the season, which is now 1=4 for the year and 1-2 in the Northern Indiana Conference.

Adams will play again in a non conference game on Saturday morning against Morgan Township.