On February 3, John Adams Senior student athlete Jordan Mihut signed her letter of intent to continue her academic and athletic career next year at Bethel University. Jordan plans to be a member of the Women’s Soccer team and play for Coach Jason Freeman in the Pilots program. She intends to study English. Jordan chose Bethel as she has been fortunate to be involved with Bethel for most of her life as her dad is a professor there. Joining the soccer program at Bethel is something that she has wanted from a very young age.

While at John Adams, Jordan has been a member of both the Soccer and Track teams. And she is most proud of building relationships with her friends, teachers, and staff at John Adams. This is what she will miss the most about Adams as well. At Adams Jordan was a member of the team that went to Indoor State in Track her freshman year, won the 400 City title her freshman year, finished sectional runner up in soccer for 2 years, and is an IB course student. She is also involved in NHS and Quiz Bowl.

Jordan was joined by her parents at the signing and would like to thank Coach Mac and Coach Jay for encouraging her athletic development in soccer.

Congratulations Jordan and best of luck next year at Bethel! 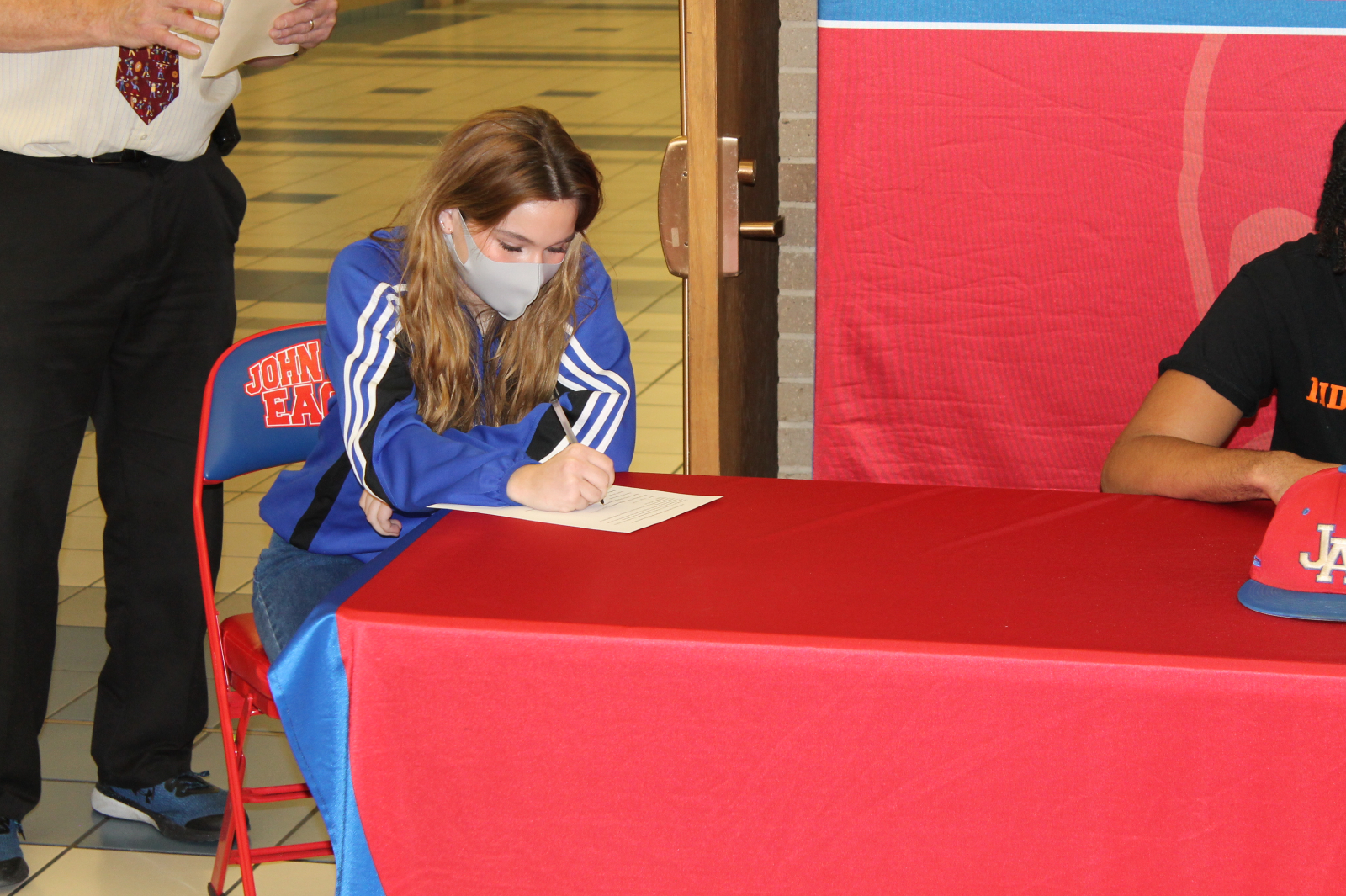 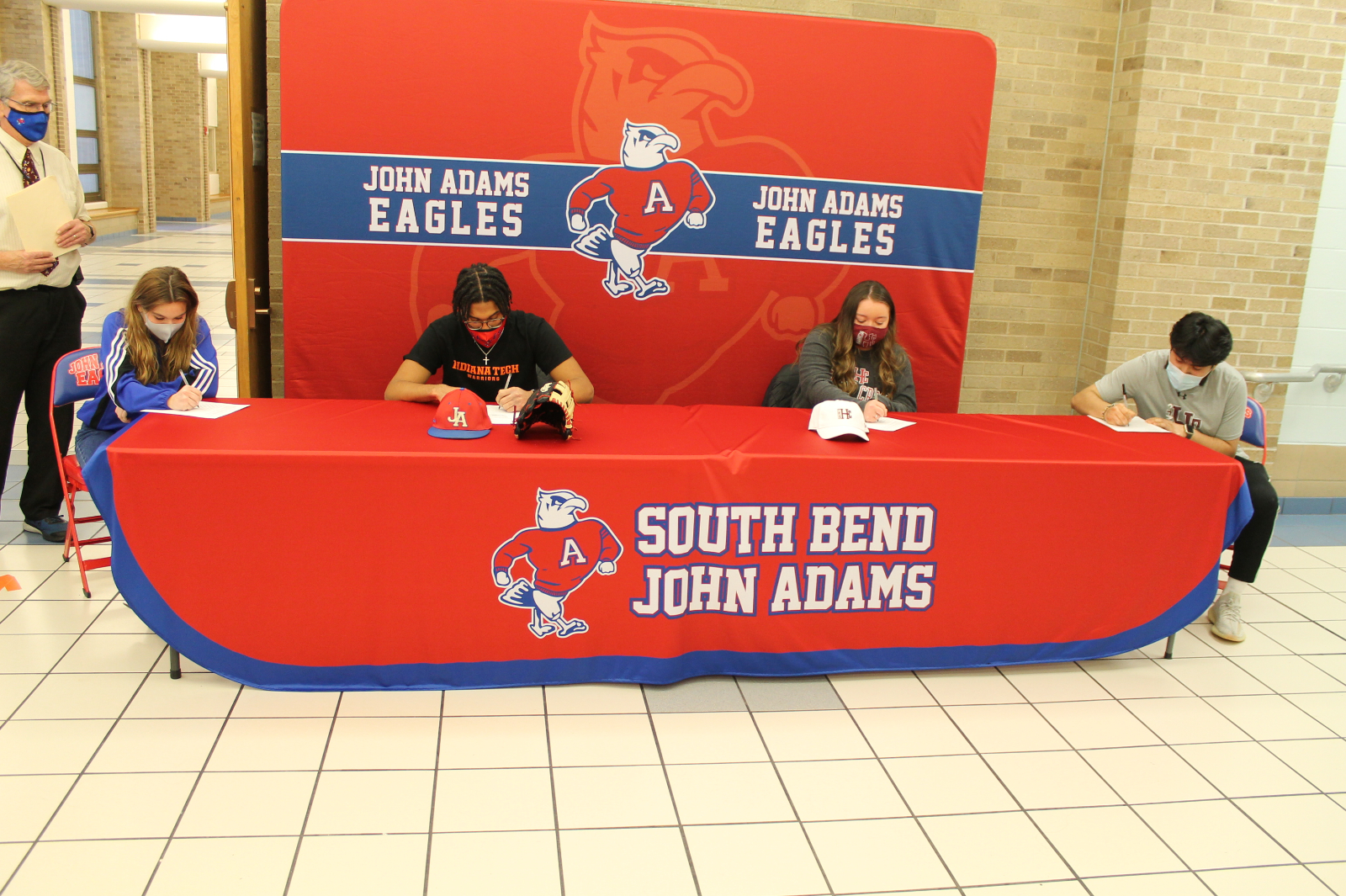 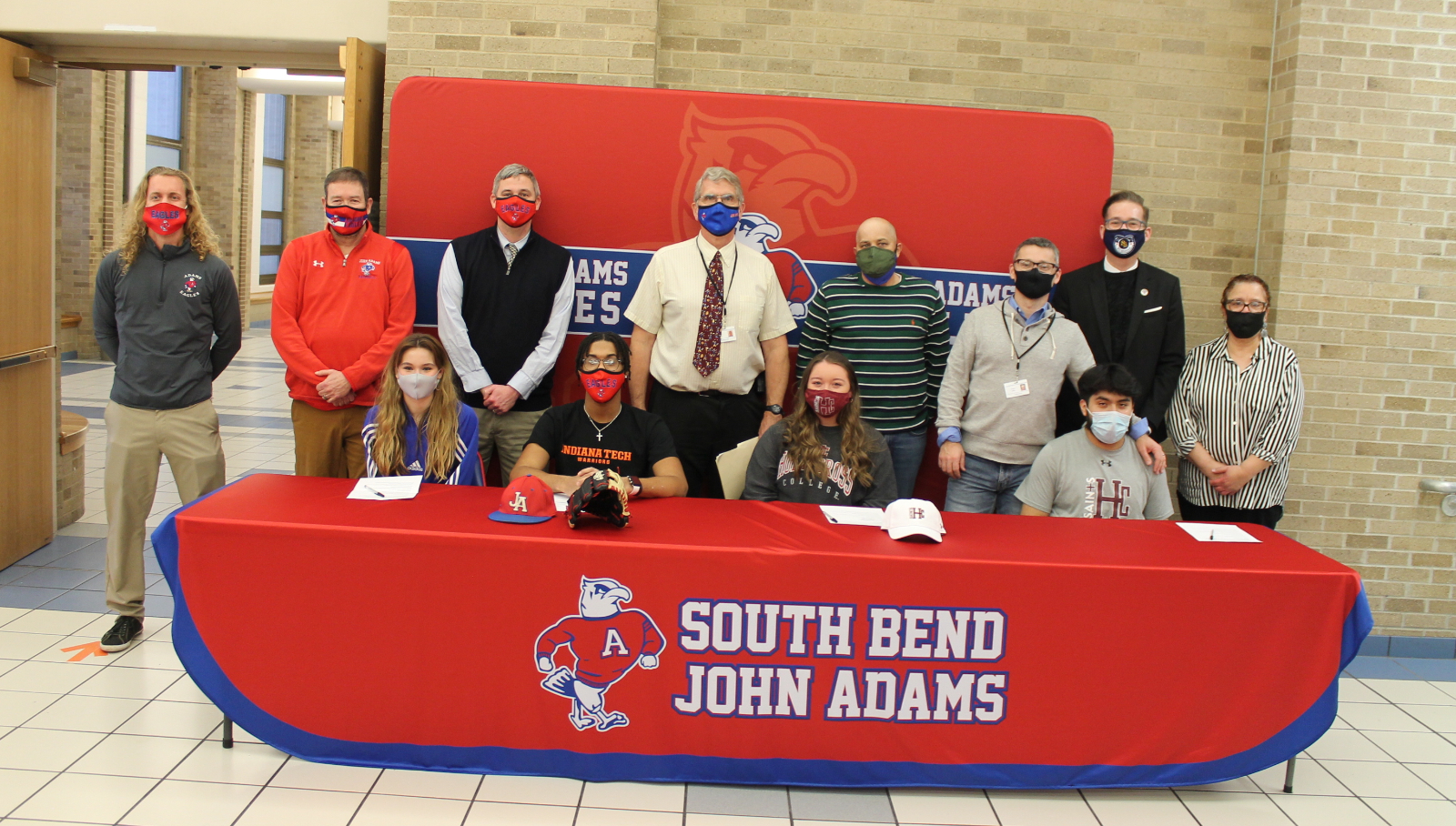