On March 3, Makiah McCain signed her letter of intent to continue her athletic and academic career with Goshen College to play soccer. Makiah plans to study Exercise Science while playing Women’s Soccer for Coach Justin Crew.

Makiah chose to attend Goshen College because the coaching staff immediately began treating her as a part of the team, full of super kind and welcoming people. She got to learn a lot of things and liked the way they ran their soccer program and how nice the other players were. Makiah also loved the campus and the fact that it is close to home yet far enough to her to be on her own.

While at John Adams, Makiah has been a member of the Soccer, Basketball, and Track teams and the Passion Club. Makiah was the MVP for the soccer team her sophomore year, captain for soccer her junior and senior seasons, and the winner for the teamwork award for basketball junior year. Her favorite memory she is most proud of would be beating Marian two years in a row in Penalty kick shootouts. Another would probably be the camping trip to Beutters cabin her sophomore year before the start of the soccer season.

Makiah was joined at her signing by her parents and friends and family.

Makiah would like to thank all of her teammates over the years for always motivating her and being her biggest support system. Without them she wouldn’t have half of the confidence she has today from the field to the court; they have always been a blessing in her life.

Congratulations Makiah and best of luck at Goshen College! 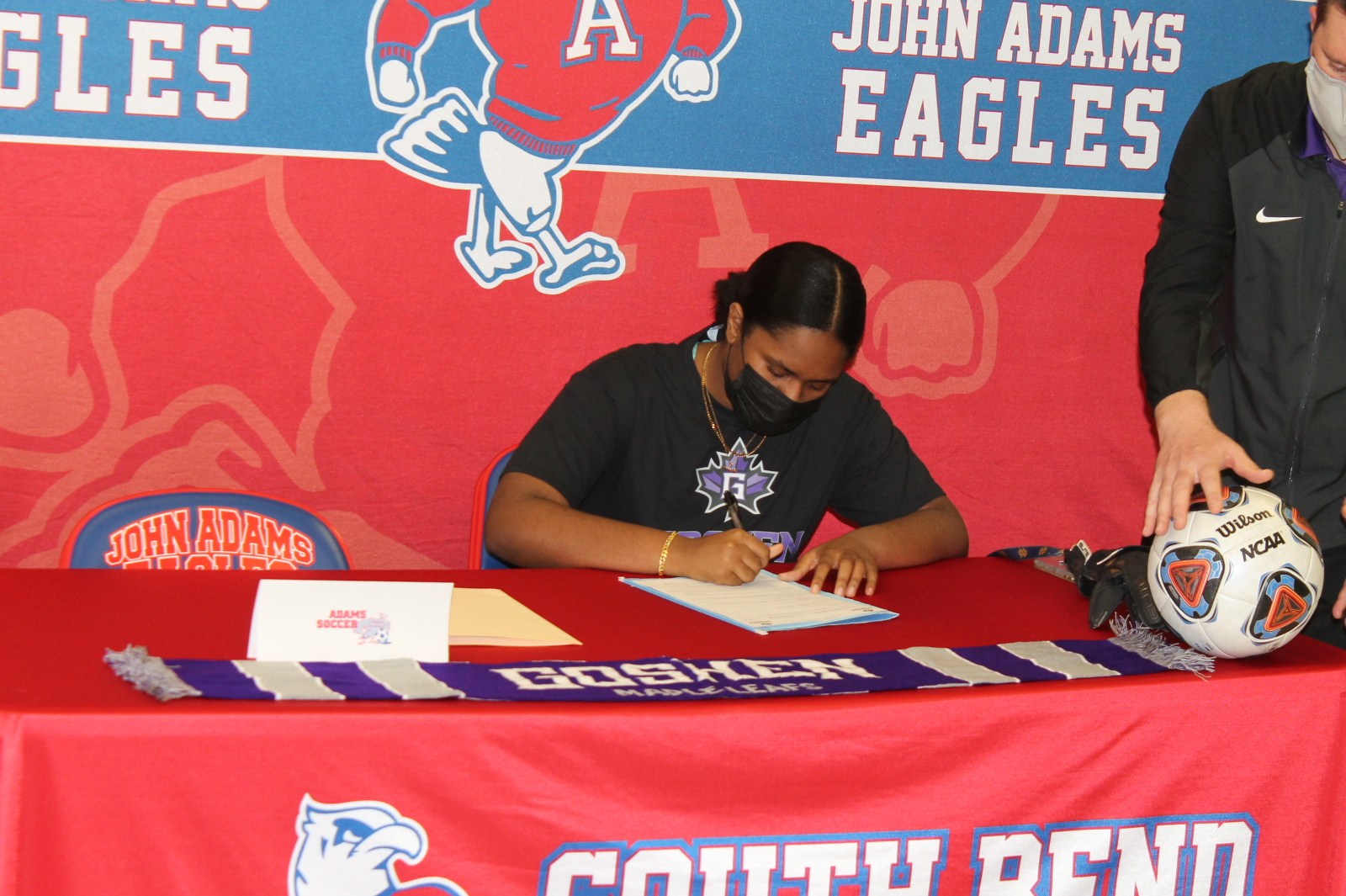 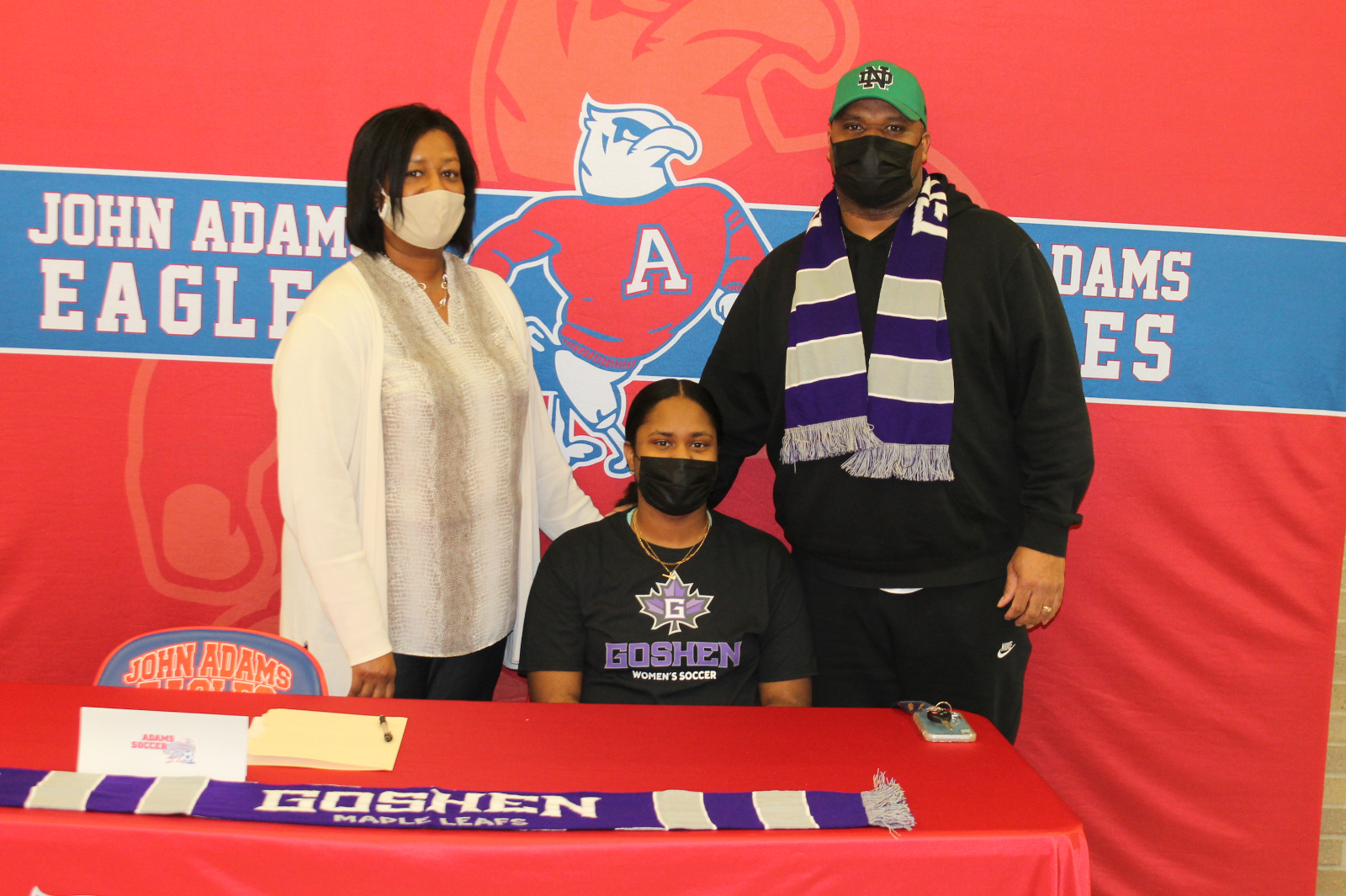 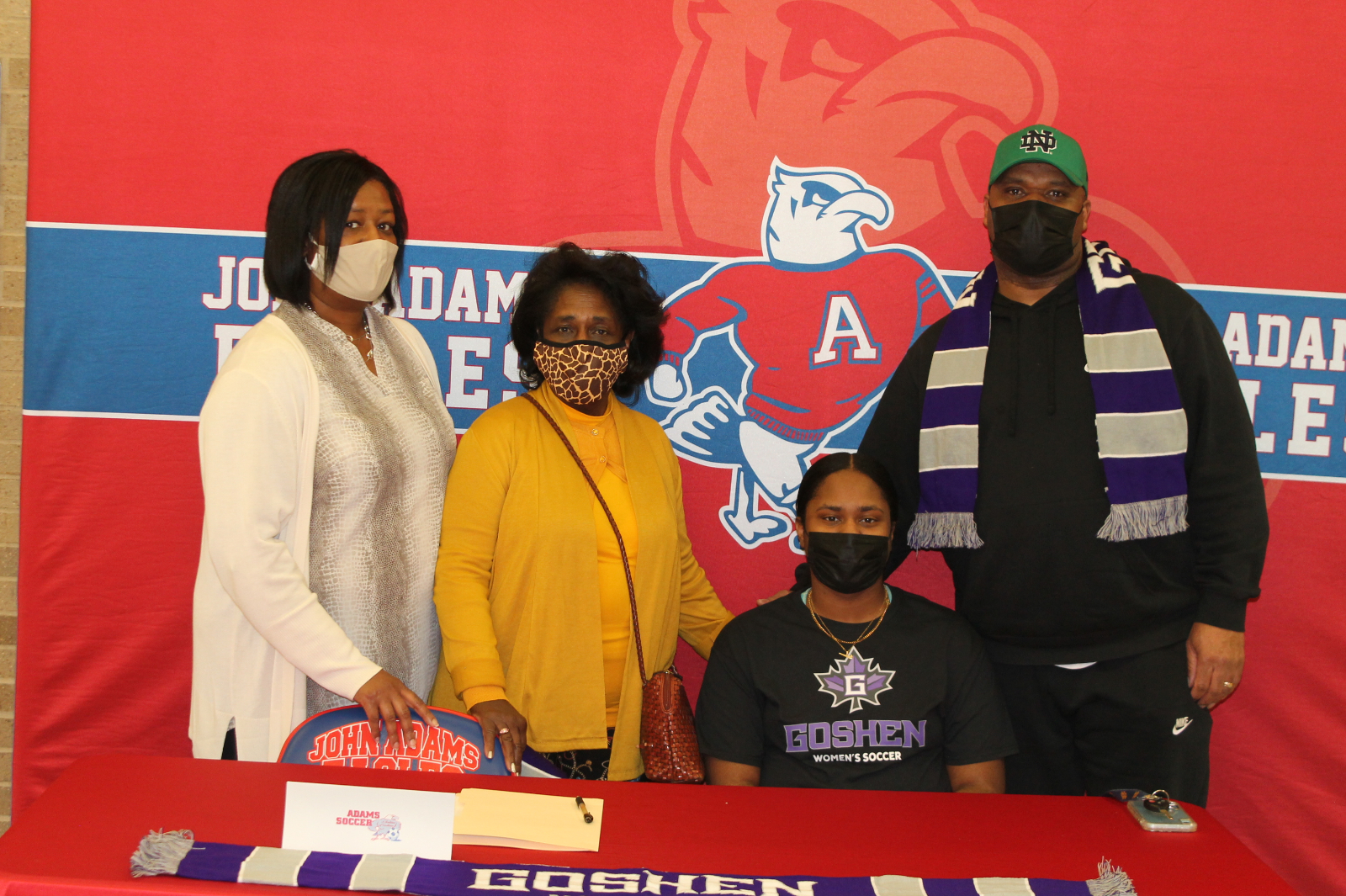 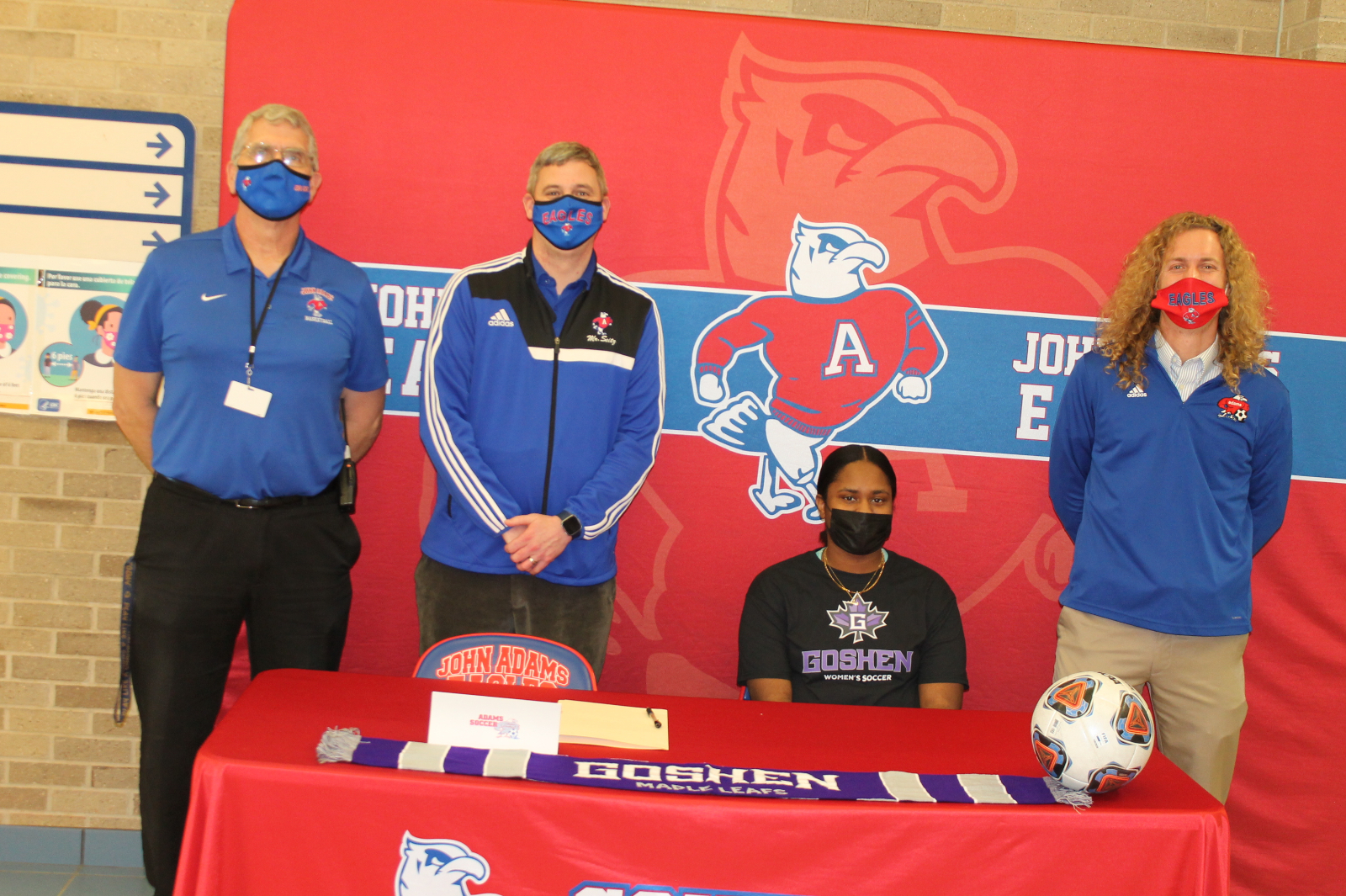 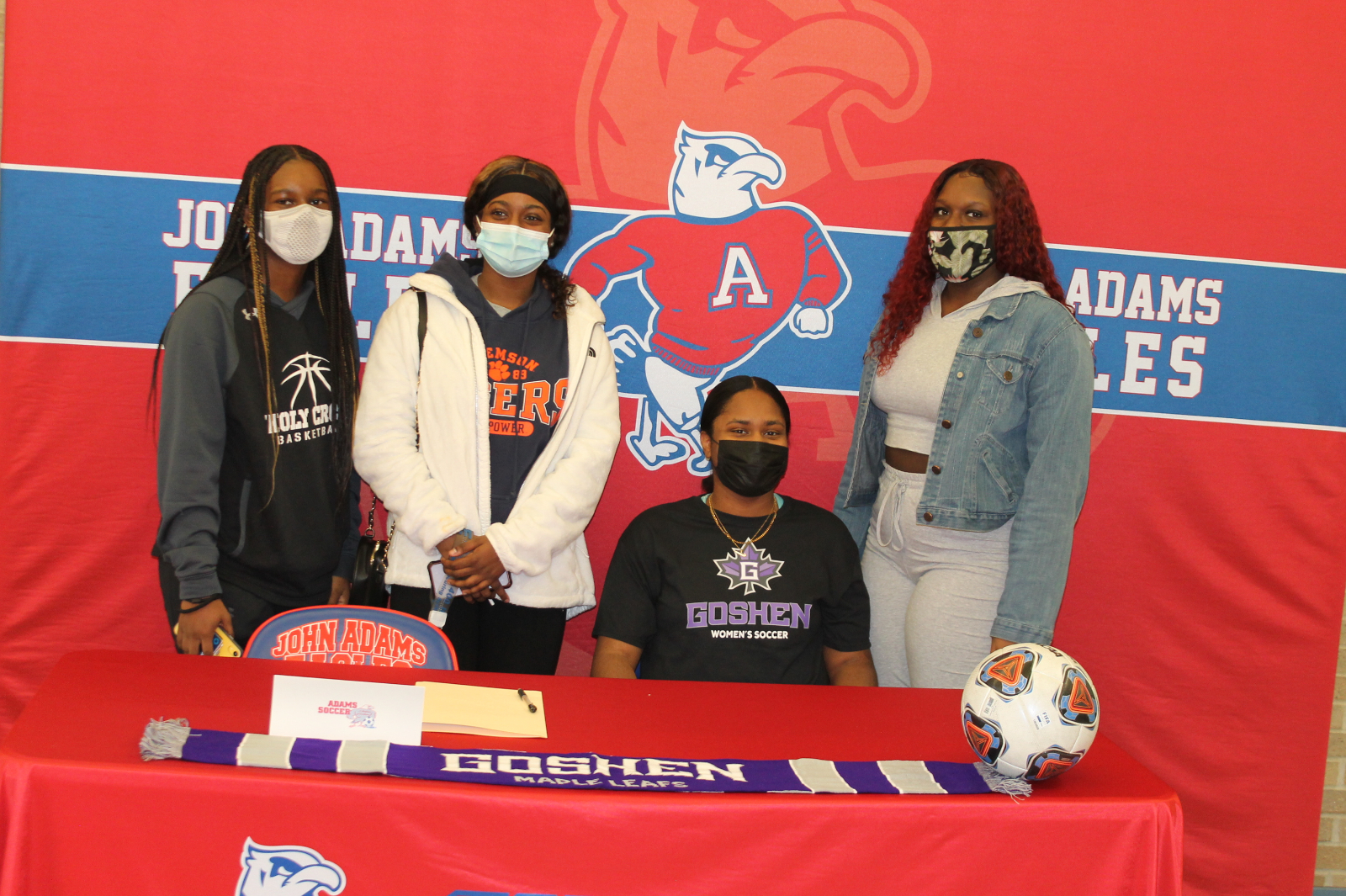 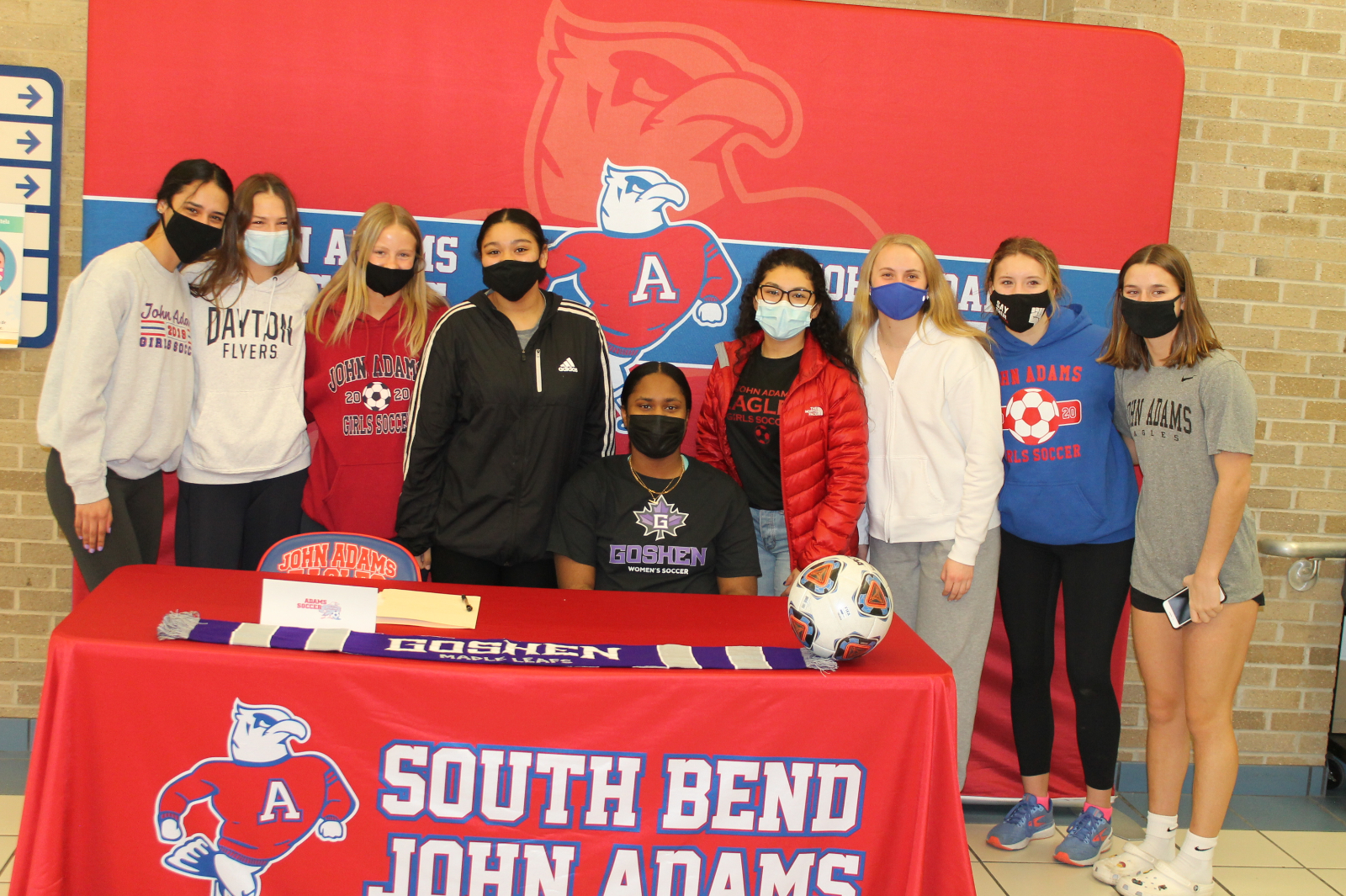