The Girls tennis team competed in the New Prairie Invitational on Saturday morning on a perfect spring morning for tennis. It was also a great day for Adams as the Lady Eagles were crowned the champions. Number 1, 2, and 3 Singles and # 1 Doubles were all first in their respective decisions while #2 Doubles ended up finishing in 5th place.

In Round 1, Quinn Stanchin was victorious at #1 Singles 10-0 over LaLumiere. At #2 Singles, Anna Moss earned the win over Mishawaka 10-2. Lizzy Bruening won 10-2 over Boone Grove playing at #3 Singles. At #1 Doubles, Lia gosselin and Kyara Soria won 10-2 over SB Riley. Greta Neubauer and Claire Scheffler, playing at #2 Doubles fell to Hobart with a score of 9-10.

In Round 2Stanchin earned a victory over Hobart, winning 10-6. Moss had a 10-4 win over SB Riley. Bruening took on Portage and won 10-7. Soria and Gosselin won over New Prairie 10-6. Neubauer and Scheffler earned their first win of the day, winning 6-1 over Mishawaka.

To close out with Round 3, Stanchion won again, this time 10-3 over SB Riley. Moss won 10-8 in her match with Hobart. Bruening defeated New Prairie 10-9 to win. Winning 10-6, Gosselin and Soria defeated Hobart. Taking on New Prairie, Neubauer and Scheffler won 8-2.

Congratulations Girls Tennis on the Championship!

Adams will be back in action on Monday at John Glenn. 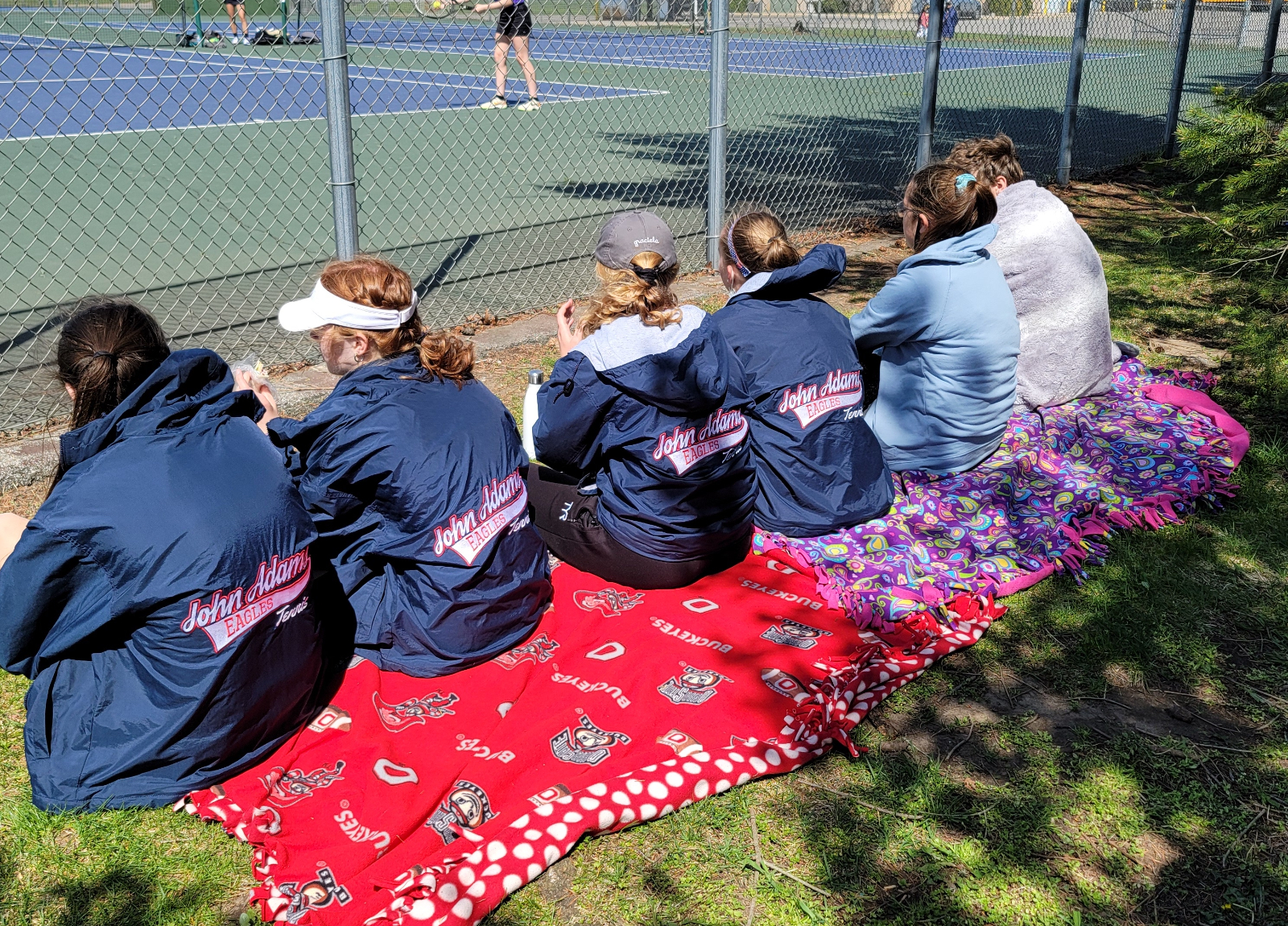 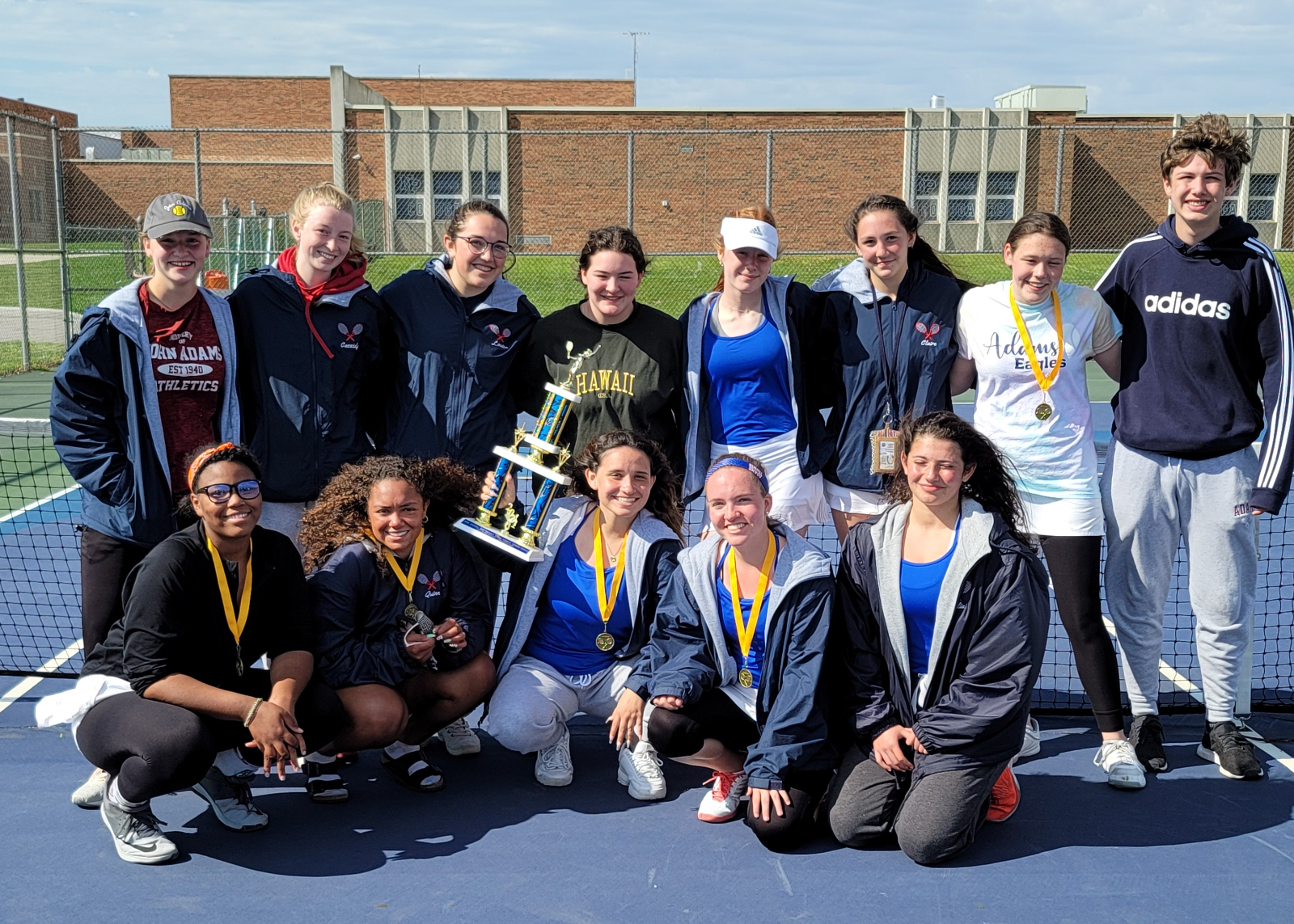 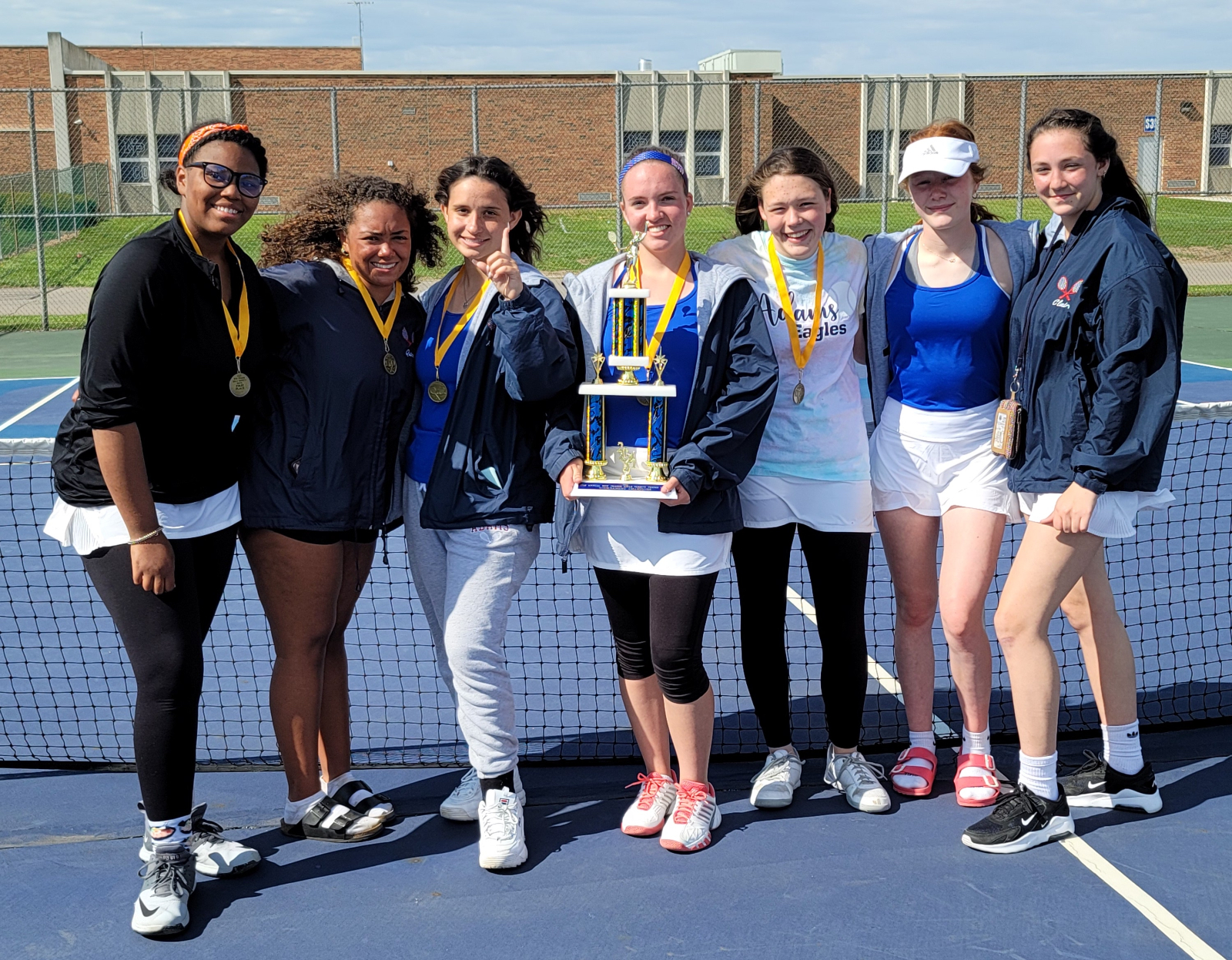