LET’S FINISH STRONG February 18, 2021 They said it couldn’t be done, but with self-discipline, teamwork and perseverance, we’re doing our best to be tournament ready. Be determined. Make good choices. Follow protocols. And let’s finish strong. #FaceOfSportsmanship

Eagles News · Feb 20 Give It Up For Our Coaches – #FaceOfSportsmanship

GIVE IT UP FOR OUR COACHES! February 16, 2021 Let’s give it up for our high school coaches! They’ve been responsible and flexible during the pandemic, providing leadership when we’ve needed it the most. Thanks to them, we’ve had a good winter sports season. This is your IHSAA. #FaceOfSportsmanship 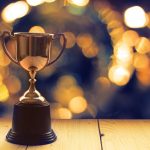 Tonight is the 50th Annual Goldsberry Memorial Game. The winner of the annual game between SB Adams and SB Riley is awarded the traveling Goldsberry Trophy. The trophy honors John Adams alumni John Golsdberry who was a standout three sport athlete for the Eagles in the 1940s. Goldsberry was a star on the Adams Football

The Boys Swimming team participated in the IHSAA Sectional Preliminary Trials on Thursday night at Penn HS. The Eagles will advance 3 relays to the Sectional Finals on Saturday afternoon. In addition,  7 individuals will advance to the consolation finals as well. Advancing to the finals are: 200 Medley Relay – Andre Bowman, Isaac Shrader,

In Boys Basketball, The Adams Eagles and Mishawak Cavemen had played each other 116 times, but on Tuesday, it was the first time as non conference opponents. The rivalry was just as intense as the past decades however. On Tuesday night, despite a score in the first half, the Eagles came out victorious, defeating the 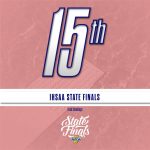 The Girls Swimming and Diving season reached its pinnacle on Friday and Saturday at the IHSAA State Finals at the IU Natatorium in Indianapolis. Although it was quite different this year with different sessions, and no spectators, the Lady Eagles still performed well, finishing tied for 15th place with 31 points. Adams was represented by

LET’S KEEP IT UP! February 11, 2021 Why have we been able to still have so many high school games and meets this winter? It’s because of coaches who are great leaders, parents who care and student-athletes who have followed virus protocols. Let’s keep it up. #FaceOfSportsmanship

The Girls Swimming and Diving State Finals will begin on Friday February 12th at the Indiana University Natatorium at IUPUI.  John Adams will be well represented in the State Finals. Freshman Adele Zyniewicz will compete in both the 50 Freestyle and 100 Butterfly. Senior Lindsay Gizzi and Junior Katie Hensell will compete in Diving. The

Adams Divers Lindsay Gizzi and Katie Hensell competed in the IHSAA Diving Regional at Valparaiso HS on Tuesday night.  Both Gizzi and Hensell finished in the top 8 in the competition and qualified for the IHSAA State Finals on Saturday February 13 at IUPUI. Gizzi finished in 3rd place with a score of 408.45 for